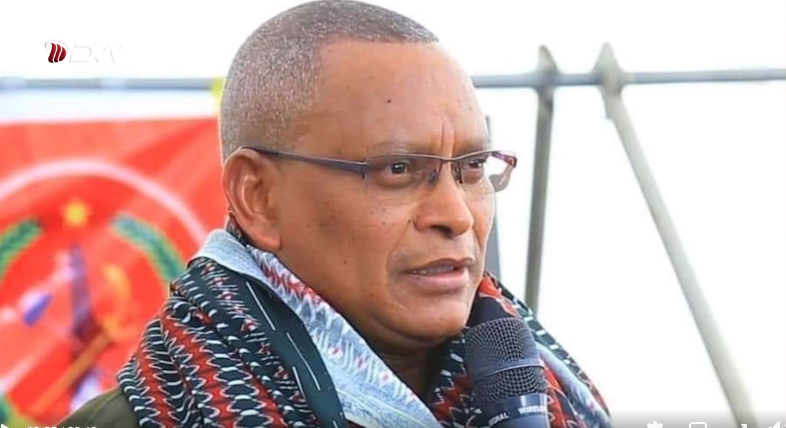 This is an excerpt from the 17th April 2021 Address by Debretsion Gebremichael, President of Tigray

Honoured Members of the International Community,

The clique of fascist Abiy Ahmed is ravaging the people of Tigray using both the Ethiopian military and foreign forces it has invited.

They are conducting persistent attacks with the evil intention of exterminating the people of Tigray with bullets and hunger.

As we speak, civilian citizens are being mercilessly murdered in every corner only because they are Tigrayans.

Tigrayan women are facing sexual violence that is difficult to imagine can be committed in any corner of the world.

The wealth and properties that the people of Tigray had created and accumulated in the last 30 years are being looted and destroyed.

Villages and urban areas are being shelled with heavy artillery.

Religious places are being shelled and desecrated.

Religious leaders are being executed inside place of worship.

Historical heritage is being destroyed.

The entire people of Tigray have been displaced from their homes and are facing the worst social and economic crises.

All in all, mass extermination and blatant genocide are continuously being committed on the people of Tigray.

You, the international community, have understood and condemned this genocide being perpetrated over the people of Tigray. You have clearly stated the measures that have to be taken. You are doing what needs to be done to help our people receive aid.

I want to use this opportunity to express my gratitude for your principled stance and to express appreciation to the international community, charity organizations, governments, and all stakeholders.

There is, however, an important matter that you should be aware of.

You have to understand that the rumour that the fascist invaders, especially the forces of the dictator, Isaias Afewerki, will withdraw from Tigray is a lie.

The forces of the dictator Isaias Afewerki will not voluntarily withdraw. Not today. Not tomorrow.

On the contrary, they have continued to deploy new forces and exterminate the people of Tigray.

Whatever small amount of aid that has made it into Tigray is not reaching the people in need. Rather the invading forces are benefiting from the aid.

Independent investigation of the crimes that have been and are being committed has not started yet.

The human rights commission under Abiy Ahmed’s government cannot be impartial, because Abiy himself is a criminal and culpable. It should not be involved in the investigations.

We, on behalf of the government of Tigray, once again, call upon the international community to take appropriates measures to hold the invading forces accountable, to bring to international court the leaders of this invasion Isaias Afewerki and Abiy Ahmed, and to provide urgent humanitarian assistance to the displaced people of Tigray.

Tripartite Malice and the Genocide in Tigray