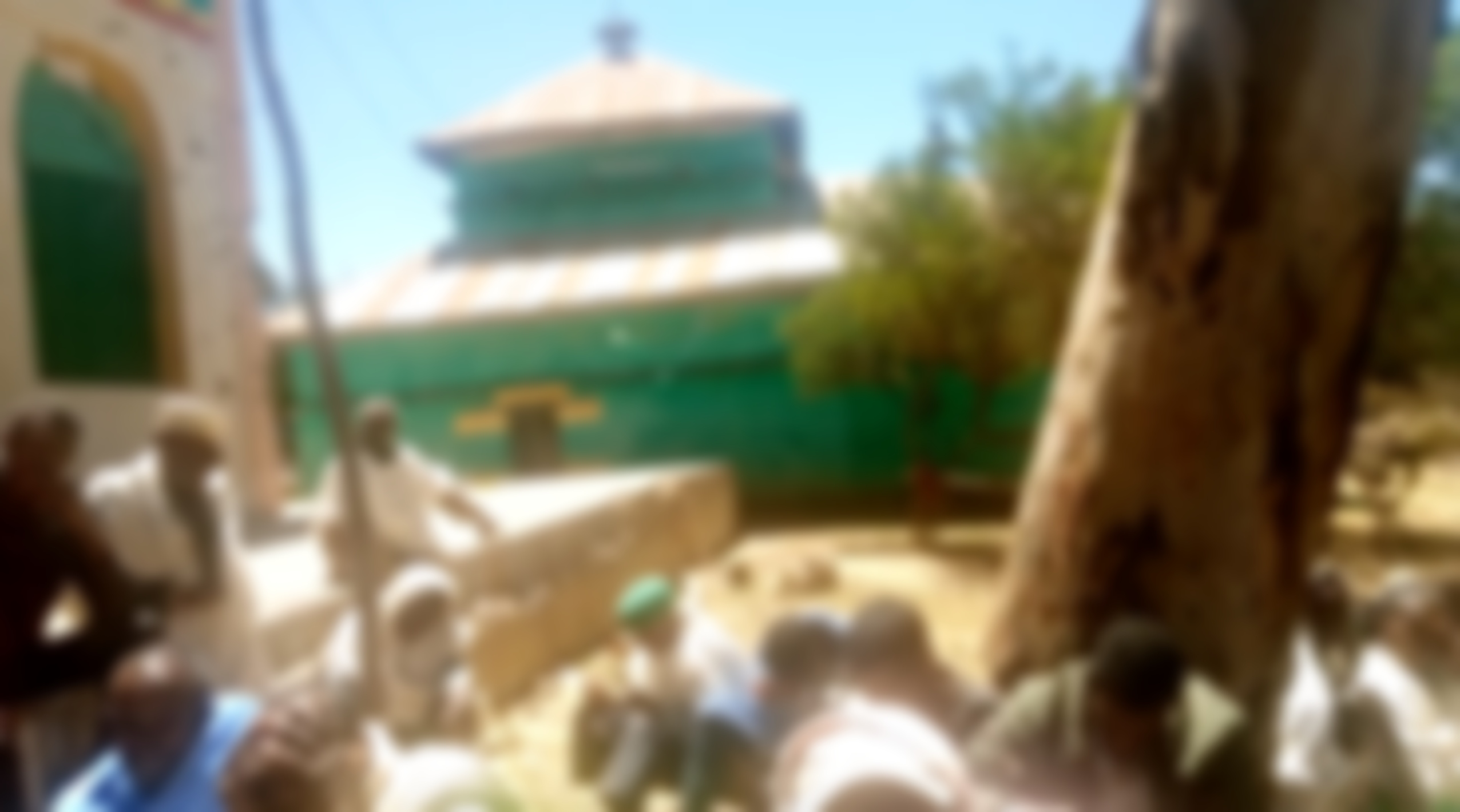 The remaining Gue’etelo parish residents gathered in the church to discuss their situation.

In Tigray, parishes celebrate, once a year, one main religious festival in their church and their homes. The parish’s church is invariably named after a patron which can be a saint, an angel or God and the festival is a yearly celebration of the church’s patron. On the eve of the festival, the parishioners and guests from outlying areas come to the church and spend the night praying, chanting and partaking in the religious celebration. On the day of the festival (in the morning or afternoon, depending on whether it is a fasting season or not), the parishioners and guests move the celebration to each of the parishioner’s houses. Every parishioner’s house hosts guests from outside the parish and the guests can stay upto 4 days.

The parish of Medhanie Alem Gu’etelo in Gulomekeda (Eastern Tigray) celebrates its main yearly festival,  the Annual Festival of Jesus the Saviour,  on 05 January of the year.  On 05 January 2021, however, it was not a day of celebration, but rather a day of gruesome massacre.

From the eve of the festival, parishioners and guests gathered in the Church of Medhanie Alem Gu’etelo – Gu’etelo Jesus the Saviour Church – to celebrate and partake in the annual Festival of Jesus the Saviour. Battles and gunshots had been heard, but nonetheless the people gathered in the church,  for this is the most important day of the year for the parish, but also to pray and seek refuge.

From 5 AM to 9 Am, Eritrean troops fired artillery at the church and the congregation, and the surrounding areas.  More than thirteen artillery strikes hit the church and its compound alone, damaging and destroying the church, shattering its windows and roof, and killing its congregants. Many fled, but some remained in  the church’s compound.

Around 9 AM the Eritrean troops came to the church, asked the remaining congregants to stand in one line. They then shot them dead.  They also went to the small residence of the church’s elderly teacher,  Priest Kidanemariam Teferi. In the house were other three  scholars of the church who were with him after the church service was discontinued. These were Priest Gebreyohannes Desta, Priest Desalegn Kahsay (Meri-Geta) and Priest Gebre Atsbeha.  The Eritrean troops shot four of them dead in the small house.

In the church and the church compound alone,   a total of 28 people were shot dead. 27 of the victims have been identified by name. We have also identified three others killed in the surrounding areas of the church.  The list is obtained from family members and eyewitnesses. 21 of the victims are males and the remaining 9 are females. The victim  in number 24, Bekuretsion Desta, had mental health problems.

List of people massacred in the church and its compound.

Some names of people killed in the surroundings of the church .

The area is still under Eritrean control. Asked about their situation now, one resident said “no one is left here, only the old and sick that can not flee. We are not allowed to let our animals graze and we are dying of hunger. Our women are being abused. They asked my son where his parents were and when he said they went to church, they hit him hard. Please let the world know that we are perishing”. Another resident said “we need peace. We live now in terror”. A third, elderly father said “we have nothing this year. We did not collect our harvest and our animals have been slaughtered or looted. Without help, we won’t be able to make it”.  A priest added “not only do we have nothing left, but also to do anything or even move, you have to pay a huge bribe, or you are simply robbed.  We are in a time when a human eats a human”.

Asked whether they have been visited or comforted by the Ethiopian Orthodox Church or any official from the Ethiopian government, a priest from the parish responded saying “none”.  Speaking about the church in particular,  the priest said “which church? There is no church, we know that. We know who the so-called church sides with”, referring to the  church’s history of  being Amhara politicians’ political tool.

There seems a trend of in the invading forces committing massacres on special religious holidays. The massacre in Mariam Dengelat was also committed during the annual celebration of the festival of Saint Mary of Tsion, which is the patron of the church and the parish. The Bora massacre was committed on the Christmas time, the destruction and looting in Gulle was committed on the day of Timqat, and the shelling of a church in Daero was committed on Sunday.

Excerpt from the Diary of a Survivor of Tigray Genocide

Dear Tigray: For once, choose reality over kindness.

Why Erasing Tigray to Build a Modern Day Babel Fails?

An Eritrean: “There shouldn’t be a region called Tigray”

Tigrayans: A Nation Fighting a Genocide

If there must be war in Ethiopia: A Response to Eskinder Nega