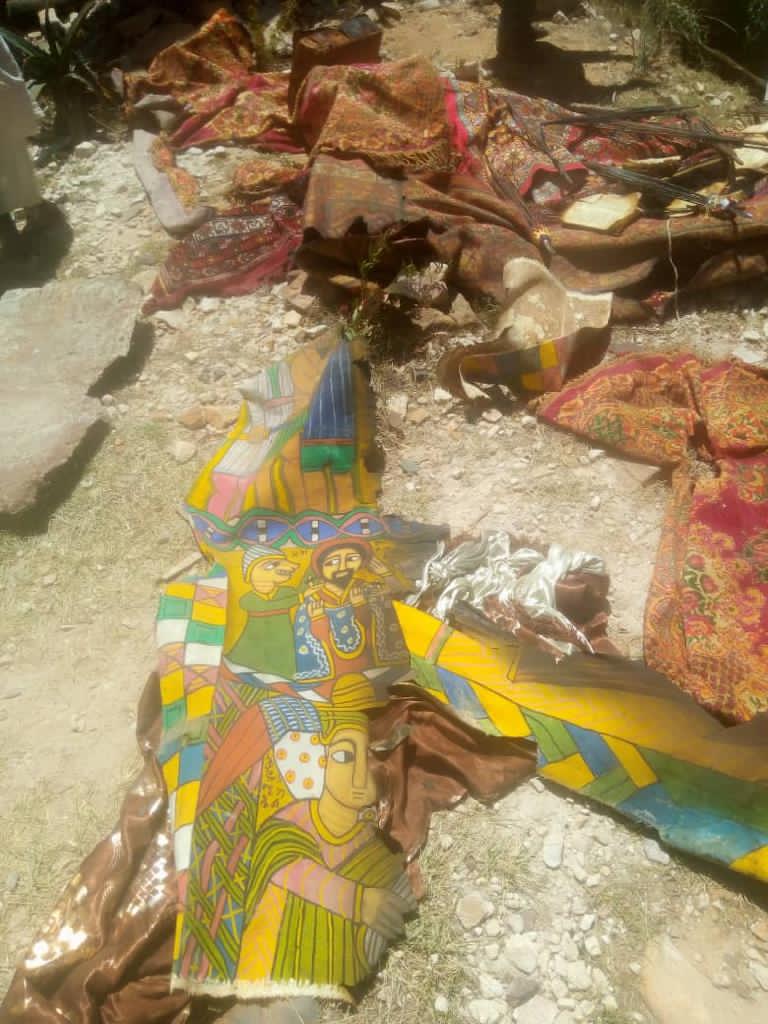 A unique feature of the genocidal war on Tigray, which marks its 200th day now, is that almost everything is weaponized. Information is weaponized as much as food and other necessities are.

While we wait for the international community to pressure the government to reconnect Tigray and thus for more data to come, the following figures give a glimpse of the damage that has been done to the people in some Weredas (districts).

The data come from NGOs that gathered data in seven Weredas in the Eastern, Southeastern and Southern zones of Tigray. Tigray had 35 Weredas which were reconfigured to 88 in 2020. We are not sure whether the 7 Weredas are according to the new arrangement or the old ones.

The war has affected the entire Tigray and the whole Tigrayan population. In some of the direct physical assaults, however, women can be targeted more than men (as in sexual violence), or men more than women (in the case of wanton executions). Both the Ethiopian and Eritrean forces have caused the violence and damage.

The data in the document attached at the end was gathered in March (between 19 28 ) 2021. We present some highlights and graphs below. According to this assessment of some tabias and villages in the seven Weredas, 44489 people migrated out of their Weredas,13007 became IDPs within the Weredas, 983 became victims of sexual violence, 678 have been killed, and 149 have been disabled. In terms of destruction, 4022 houses/homesteads have been destroyed or damaged, and 6086 households have been affected by the destruction. In terms of looting, 25072 have been looted and 32592 households have been affected by the looting.

The scale of damage, looting and destruction is astounding. We have created the following charts to show the size and distributions of civilian deaths, disability from injuries, cases of sexual harassment and violence, displacement, and the number of households affected by damage and looting of houses.

Seharti Samre shows the highest number of civilians killed, according the data we have so far, and men are targeted in all districts.

In total, 678 civilian deaths have been reported from the seven Weredas included in the survey. It is, however, important to note that numbers reported here are much lower than the actual size of damage. There are two reasons.

The Tigray war has been going on for the last 200 days under communications blackout. As this makes access to accurate information extremely difficult, we are able to see only the tip of the iceberg of civilian victims.

The second reason is that the fighting has not stopped even for a single day, and reports are coming that hundreds of civilians have been murdered after we had acquired these data.

Women are obviously the primary victims of sexual harassment and violence. It has been reported time and again now that sexual violence is being used as a weapon in the war.

Six months on from the beginning of the conflict in Tigray, Ethiopia, a new International Rescue Committee analysis reveals that women and girls across the conflict are experiencing widespread abuse and exploitation against a backdrop of impunity.

For someone who knows the Tigrayan culture, it is beyond doubt that any reported number of victims of sexual violence is an underestimation.

Tens of thousands of people have fled their homes to escape the brutality of the invading forces. Those who made it to cities like Mekelle and Shire have sought shelter in schools.

Primary and secondary schools in towns and cities across the entire Tigray region, such as Adwa, Axum, and Shire, are quickly filling with tens of thousands of people displaced displaced by violence in Tigray.

These figures speak not only about the scale of the destruction inflicted on lives and livelihoods but also about the degree of suffering awaiting the people of Tigray unless swift and proportional action is taken.

If the international community’s tepid response to the conflict in Tigray continues, there is a real threat that the already dire situation could spiral completely out of control.

The data (available below) also consists of the number of various means of livelihoods and livestock destroyed. As part of the strategy to impoverish the people of Tigray, farmers have been prevented from cultivating their land. There are repeated reports that the Eritrean soldiers in particular have been looting and slaughtering oxen so that the farmers cannot plough their land. A total of 7360 oxen have been looted or slaughtered in Gulomekeda alone. Oxen being the major agricultural input (draft power) in Tigray, this devastation will cast a long shadow of hunger and food insecurity for several years to come.

Who Started the War on Tigray?