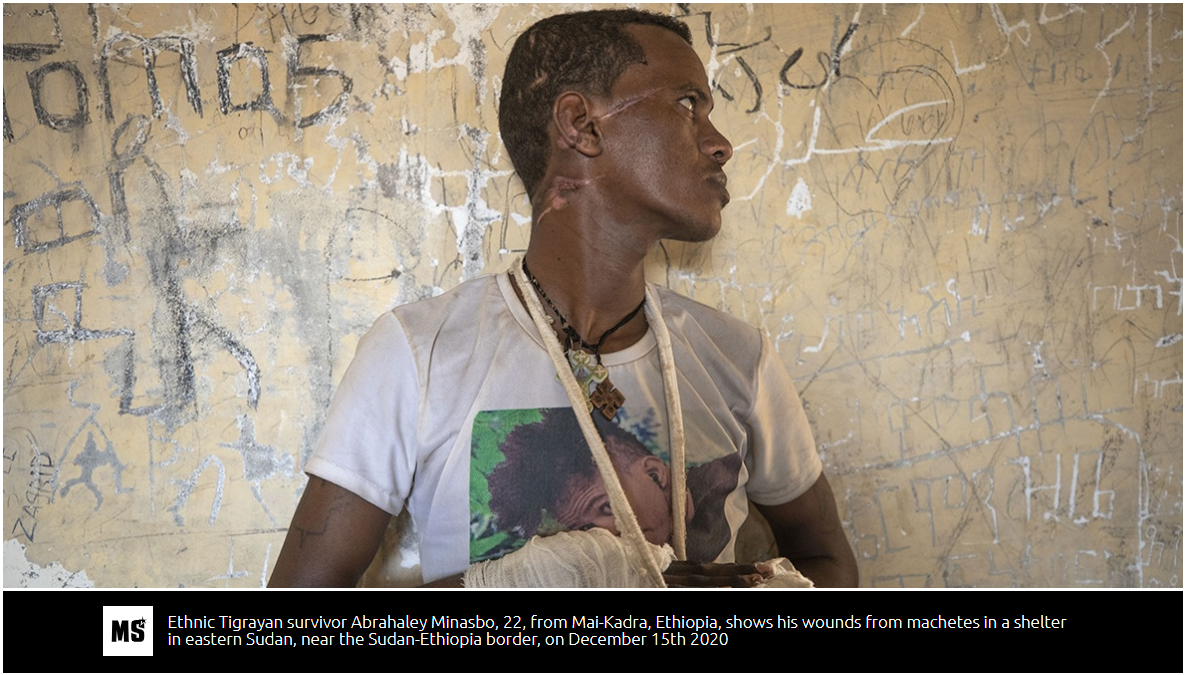 Abiy Ahmed’s war against Tigray rebels has tarnished his image as a peacemaker, created tens of thousands of refugees, and raised fears of instability spreading in the region. Critics question the merits of the campaign while Abiy’s supporters see the war as a response to the rebel’s provocations.

The Sudanese Minister of Information Faisal Mohamed Saleh has accused the Ethiopian army of being behind the attacks targeting Sudanese territory over the past few days, constituting the latest escalation in the discourse between the two countries on the ongoing border crisis.

The border negotiations between Sudan and Ethiopia have reached a dead-end, following the failure of bilateral talks that took place in Khartoum.

The Sudanese army launched a large-scale military operation in early November to recover agricultural lands seized by the Ethiopian militias with the support of the Ethiopian army.

The Sudanese army expels the Amhara forces and militias from the settlement of “Lilli” where are residing the army commanders, major traders and farmers of the Amhara ethnic group.

More than a thousand Ethiopian farmers reside in these settlements, who derive their strength from the militias that have worked to expel the Sudanese owners by force of arms.

Military sources told the Sudan Tribune that Eritrean army forces had moved from Um Hajar heading to Abdel Rafi area on the border between Ethiopia and Sudan.

The Eritrean forces in Um Hajar allegedly participated alongside the Ethiopian army in its operations against the TPLF of Tigray Region. However, Asmara denied such accusations.

Massacre in the church of Medhanie Alem Gu’etelo, on the parish’s most important day of the year, the Festival of Jesus the Savior of Gu’etolo