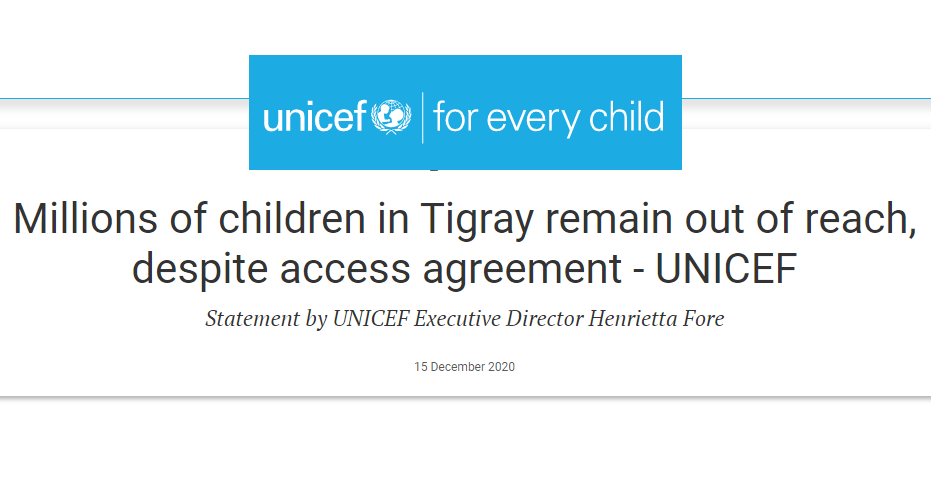 Only Europe can stop Ethiopia’s slide into a regional war

This commentary looks at the big picture of the war on Tigray. Unlike Abiy’s claim that it is a “law enforcement operation” or an “internal affair”, it is well established fact that the war is far more complicated and messier. Ethnic conflict is one complicating factor. The Ethiopian army was not alone in waging war against the TPLF. Tigray’s neighbouring state, Amhara, joined the military campaign by deploying a mix of regular forces and ethnic militias. The result is that Amhara state has all but absorbed nearly one-third of Tigray. Abiy Ahmed’s objective may have been to eliminate the TPLF and then win over the Tigrayan people, but the manner in which he has conducted the war seems guaranteed to alienate them. The rest of Ethiopia is watching the war carefully for its wider implications. The chief concern in this is the kind of solution the prime minister advocates to the perennial Ethiopian national problem: the relationship between the central government and regional autonomy.

This has national implications. The Amhara’s historical dominance of Ethiopia, Amhara state’s partial absorption of Tigray, and Abiy Ahmed’s promotion of Amhara figures in the federal government during the war all worry Ethiopians in other federal regions. Seen in this way, the initial target may have been Tigray, but the end goal could be a resurgent Amhara-dominated government on course to centralise power. Recent statements from the Amhara regional government – such as one that threatened to intervene in Benishangul-Gumuz region in response to attacks on ethnic Amharas – only exacerbate other regions’ fears that they could suffer the same fate as Tigray.

SPIEGEL International attempts to show the bone of contention and indicates that Ethiopia may sink deeper into sectarian conflict. Abiy’s most bitter opponents include the Oromo in southern and central Ethiopia along with the Tigray in the north. They see his vision of a united Ethiopia primarily as an extension of central state power and an attempt at assimilation. Both groups are demanding more autonomy. For quite some time, Abiy didn’t seem to have a plan for dealing with the opposition to his policies. Ultimately, he decided to adopt the means relied on by the old regime, which he used to serve – including as head of the agency responsible for surveillance of telecommunications. There are dozens of fighting fronts in Ethiopia, and observers are concerned that the country could transform into an African Yugoslavia. Tigrayans report of arbitrary arrests, dispossessions, work bans and firings. Even at Ethiopian Airlines, one of the country’s flagship companies, employees with Tigrayan roots are being dismissed. In Somalia, where Ethiopians represent an important contingent of the African Union Mission in Somalia (AMISOM), Tigray officers are likewise being removed.

To make things worse, the US has all but confirmed that the Eritrean Army joined the military campaign on the side of the Ethiopian government. Eritrea’s involvement has internationalised the conflict. Isaias Afwerki saw in the war the chance to decapitate the TPLF while leaving Abiy Ahmed to deal with the messy knock-on effects of the conflict for Ethiopia. Europe is currently the only actor that can bring the international community together on the conflict in Ethiopia. Europeans can help avert further conflict in Ethiopia – but they need to act now.

Europe: no more money for Ethiopia [Summary from google translation]

Europe suspends all financial aid of 90 million euros (10% of Ethiopia’s budget) to Ethiopia because of the way in which the Ethiopian regime is handling the conflict in Tigray. As long as the government in the capital Addis Abeba violates human rights in that conflict, the European money supply will remain closed. The European decision has been in the air for a while. Fighting continues in Tigray. There is famine. Now there is evidence of human rights violations. For Europe, that is the straw that spills the subsidy bucket. It is a remarkable evolution: last year Abiy Ahmed was awarded the Nobel Peace Prize. [YouTube video]

Millions of children in Tigray remain out of reach, despite access agreement – UNICEF

Some 2.3 million children in Tigray, Ethiopia, remain cut off from humanitarian assistance. Protecting these children, many of whom are refugees and internally displaced, and providing them with humanitarian aid must be a priority. We call for urgent, sustained, unconditional and impartial humanitarian access to all families in need wherever they are. We also urge authorities to allow the free movement of civilians wishing to seek safety elsewhere. This includes those requesting to cross the border to seek international protection. Meeting the critical needs of children and women must not be delayed any longer. Henrietta Fore, UNICEF Executive Director

Jano, in her sixties, tried to escape, running with her eldest son, 46-year-old Miskana, out of the village. But on the way, they encountered Ethiopian government soldiers who turned them around. In an apparent rage, the soldiers accused Miskana and two other men in the group of aiding the TPLF. They separated the men from the women. The soldiers made the men including Miskana sit down and, before Jano fully realised what was happening, shot them dead with Kalashnikov rifles. A 15-year-old boy who leapt in front of a bullet in a futile bid to save his father was also killed. Jano can’t shake the memory of watching soldiers shoot her son in front of her, and of waiting in the street with his body for two full days, unsure what to do. “We didn’t cry. We were too terrified. We were trembling with fear. I already lost my son and he’s not coming back. It’s like spilt water, you cannot get it back,” she said. In three days, 27 civilians died: 21 from shelling and six in extrajudicial killings.

Day 37 of the war on Tigray: what does the world say?

Dr. Tewodros Tafera: An Interview with the “Chronicler of Horrors”