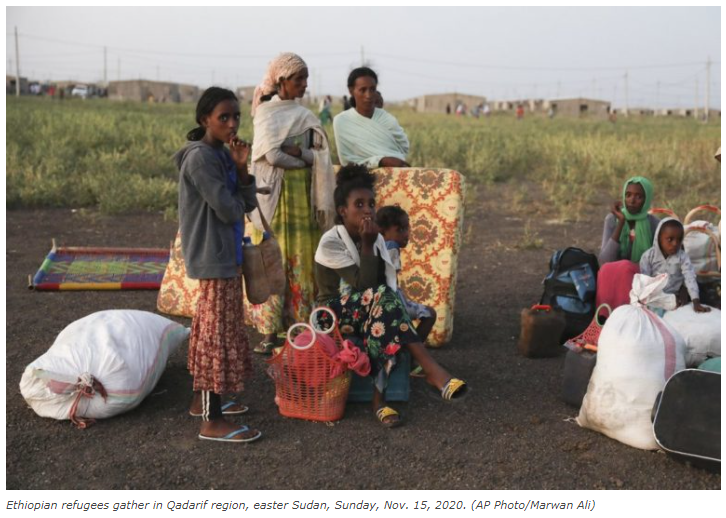 Abiy’s claims that not a single civilian was killed in the military assault on Tigray were contradicted by desperate testimonials that emerged despite the state’s attempt to impose a total communications blackout across the region. Ample, alarming evidence belies Abiy’s repeated denials of the involvement of Eritrean forces in Ethiopian territory. Journalists are being beaten and harassed, presumably for reporting the truth and sullying the rosy rhetoric from the leadership in Addis Ababa.

This loss of Abiy’s credibility may seem insignificant compared with the numbers killed, wounded, and displaced, but it is grave nonetheless. Ethiopia had long played an important stabilizing role in the region, and it had been emerging as a leading voice on behalf of the continent as a whole in important global discussions. Around the world, leaders embraced the vision of a stable, prosperous, inclusive, and accountable Ethiopia—a state strong enough to stand up for African interests and for shared global norms. But now the international community has reason to doubt the veracity of Abiy’s words and to second-guess his intentions—hardly a solid basis for fruitful partnerships. The cost, calculated in missed opportunities, could be staggering.

War in Tigray: The only difference to the genocide in Rwanda is the number of dead