A new, brutal conflict is raging in northern Ethiopia. The government denies it. But the murder and rape simply continues.

On Tuesday, Freweini Mebrahtu’s hope died. In her homeland, the Tigray region in northern Ethiopia, she had campaigned for women’s rights for years and fought against sexual oppression. In 2019, she was named “Hero of the Year” by CNN. A strong woman, a heroine for many. But the day before yesterday, she gave up. “My heart is broken. Civilians are being killed in Tigray, women and girls are being raped, millions of people are in urgent need of humanitarian aid,” Freweini Mebrahtu announced on Twitter. “I had to leave my homeland because I saw what was happening in Tigray.”

Unlike Freweini Mebrahtus, the world hardly knows what is happening in the bitterly poor area on the border with Eritrea. The Ethiopian government has hermetically sealed off Tigray. Information about the alleged mass murders and the suffering of the nearly six million inhabitants only comes out dropwise.

What is there are eyewitness accounts of a massacre in the village of Mai Kadra, where around 700 people were hacked to death with machetes and knifes. There is the story of the young girl who told the BBC how soldiers forced her grandfather to rape her. There are reports of soldiers lighting fields and destroying the crop. There are different figures on the war deaths so far: 20,000, 40,000, some sources say 50,000.

Abrahaley Minasbo, 22, narrowly survived the May Kadra massacre. It remains unclear exactly who is responsible for the up to 700 murders in the village.

Above all, however, there is the UN warning that if the horror does not end immediately, 4.5 million people will be at risk of starvation. On a famine scale of one to five, the charity USAID estimates, Tigray has now reached a four. It couldn’t get much worse.

Until recently, Ethiopia made headlines with very different stories. Prime Minister Abiy Ahmed was awarded the Nobel Peace Prize in 2019 for his rapprochement with neighbouring Eritrea. Ethiopia was on the verge of becoming one of Africa’s largest electricity producers thanks to the Grand Renaissance Dam. And the country on the Blue Nile had set itself the goal of becoming one of the top five tourist destinations in Africa. But now Ethiopia is back where it never wanted to be again: somewhere between famine and stories of cruel massacres.

Ethiopia’s Prime Minister Abiy Ahmed has been awarded the Nobel Peace Prize in 2019 for his rapprochement with Eritrea.

How it got this far is quickly told. Prime Minister Abiy Ahmed announced in the summer that the upcoming new elections had to be postponed because of Corona. The Tigrayan people, who had political power in Ethiopia for nearly 30 years before Ahmed took office, felt deceived. Despite the ban, Tigray held local elections. Ahmed reacted promptly and let the army invade in early November. But the troops of the Tigray People’s Liberation Front resisted the soldiers of the government. Since then, there has been a fierce fight. 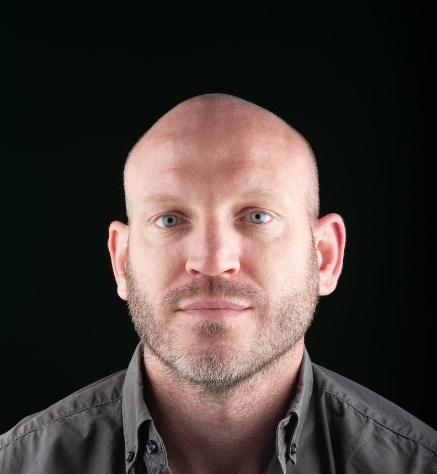 William Davison monitors the situation in Ethiopia for the International Crisis Group.

William Davison, who monitors the situation for the International Crisis Group, reports on the phone about troops from neighboring Eritrea who invaded Tigray in addition to the Ethiopian government soldiers. The local conflict could escalate into a war at any time, engulfing the entire Greater Region of the Horn of Africa. “But the Ethiopian government is stiffly and firmly asserting that there is no conflict at all,” Davison says. “If they do not correct this narrative immediately, the suffering of the people of Tigray will be much greater.”

The border between Ethiopia and Sudan.

Some 60,000 people have already fled across the border into Sudan. Henock Yebyo’s family has also left their hometown of Wukro in the north of Tigray and hid from the murderous troops in the surrounding hills. The 35-year-old epidemiologist is currently working at the University of Zurich. For months, he tried in vain to reach his family at home. Only two weeks ago he managed to talk to his brother and mother.

Requested: Intervention as in the Kosovo war

“Some of my relatives were shot. The soldiers murder and rape and destroy all factories,” Yebyo said via Skype. Monasteries would be desecrated, fields would be set on fire, cattle would be transported across the border to Eritrea. “The two dictators Abiy Ahmed in Ethiopia and Isayas Afewerki in Eritrea have found a common enemy in the Tigrayans. If the international community does not intervene, there will be genocide,” says Yebyo.

Henock Yebyo works as an epidemiologist at the University of Zurich. He has not been able to reach his family in Tigray for months.

“The only difference with the genocide in Rwanda is the number of deaths. In 1994 in Rwanda there were 800,000, in 2021 in Tigray there are not so many.» But throughout the land his people would be persecuted. “If I went back to Ethiopia, they would arrest me at the airport,” says Yebyo.

To prevent a second Rwanda, military intervention is needed immediately – as in the Kosovo war, when NATO stopped the Serbian troops with airstrikes, says Henock Yebyo. It is true that the EU has frozen EUR 90 million in aid to the Ethiopian Government. That Switzerland has committed two million for aid directly in Tigray, also. “No one should look away now,” says Henock Yebyo. “The world cannot afford this.”

Note: This is a quick translation of an article published by the German-language Swiss newspaper Luzerner Zeitung.