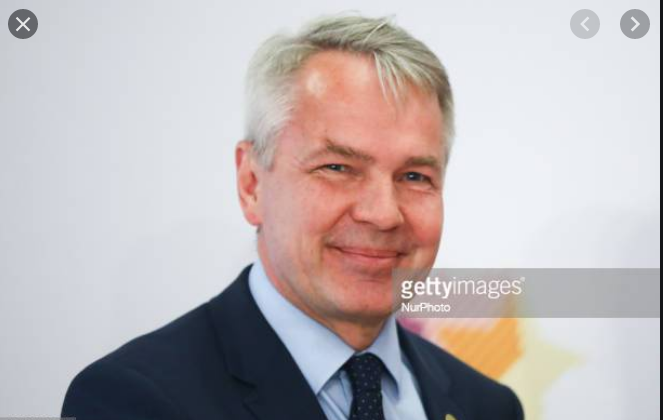 Re: Your Visit to the State of Tigray

First and foremost we would like to express our gratitude and appreciation to you for your efforts to try to bring a peaceful resolution to the war on Tigray.

We are especially grateful that you have tried your best to get a firsthand account of the extraordinary devastation visited on the people of Tigray by the Ethiopian and Eritrean regimes.

However, you could only have observed so much given that all but the relatively peaceful and unaffected Mekelle are inaccessible.

Indeed, your recent interview with CNN, in which you said “TPLF remnants” are launching “pockets of resistance”, seems to betray the fact that your visit to Mekelle hasn’t given you a fairly good picture of the enormity of the war and the indescribable damage it has engendered.

Risking presumptuousness, we’d take the liberty to presume that two factors will have contributed in misleading you.

First, the destroyed and looted factories; burnt crops; the thousands of displaced people crammed in remote nondescript places; the hundreds of women who’ve had to endure gang rape, including the insertion of foreign objects into their bodies; and the thousands of people who have lost loved ones to the brutality of Eritrean and Ethiopian troops have been hidden out of sight. Any statement on the war on Tigray without seeing this hidden mass of crime is always going to be misleading, despite benign intentions on the part of the speaker.

Second, people in Mekelle are in a perpetual state of fear due to the round the clock surveillance imposed by Abiy and the swift retaliatory measures meted out against anyone who speaks anything the regime does not like. That means that one is unlikely to get anything other than the regime’s line by speaking to people.

And the regime’s line is that the war in Tigray is a “law enforcement operation” against a “junta clique” that’s launching “pockets of resistance”. It was regrettable to hear you relay, no doubt in good faith, the regime’s extremely euphemistic description of a war that has devastated an entire nation.

Far from being a “law enforcement operation,” the war on Tigray is a concerted effort by the Ethiopian and Eritrean regimes to subjugate the Tigrayans at any cost, and one that’s involved egregious crimes such as starvation crimes, ethnic cleansing, sexual slavery, and even genocide.

As for the nature of the struggle, it is a popular resistance for the right to exist as a people. The Tigray Defense Forces, which subsumes hitherto political parties like the TPLF, is the armed branch of the popular resistance, and one that enjoys near 100% of popular support. If there ever was a united struggle against murderers, this is it. To say that it is “pockets of resistance” is a gross misrepresentation of the nature and magnitude of the struggle.

You noted in your interview that the “situation is out of control”, that the “human rights violations are ongoing” and that the situation “might bring a new famine and malnutrition in the region.” So, why is there not any concrete action to stop all these?

Five months in, things have not changed. Rather, the situation is getting worse. There has not been any change: massacring, systtematic looting, and blocking aid is ongoing. Forced displacement from Western Tigray and burning private and public properties have continued; young boys are being abducted and massacred by Eritrea and Ethiopia troops while the world is standing idle. Between your visits, the destruction, looting, killing, and abuse have increased. It seems your ‘concerns’ have, in reality, intensified the assault in a last-ditch effort to subjugate the Tigrayan people before external interventions.

Concrete action from the international community has been slow. We are forced to ask the same question again and again: ‘What is left to see?’ It feels the world is ignoring the grave humanitarian crisis in Tigray or is not giving it the attention it deserves. Given Abiy’s repeated lies and empty promises regarding withdrawing Eritrean troops, we have witnessed their increased presence and atrocities. Mark Lowcock, UN’s aid chief, told the Security Council that “there was no evidence of a promised withdrawal of Eritrean troops from the region.” In fact, Eritrean soldiers are “re-uniforming as Ethiopian military in order to remain in Tigray indefinitely” according to the US mission to the UN.

Thus, if the misery of millions is to end and if desperate help that the millions, on the brink of starvation, need is to reach them, the only way we see is action. Although we appreciate your efforts so far, we implore you to increase your efforts to end the war before it is too late.

We’d like to kindly request you to help the people of Tigray by:

c) Facilitating negotiation: You stated that there is no ‘fighting solution’ to the conflict. Thus, we kindly request you to create a condition for negotiation and push the warring parties to cease hostilities. As things stand, they’re doubling down on a pitiless war of attrition. A laissez-faire approach to the war would see millions dead.

d) Protecting the civilians: Please take concrete action to end the man-made starvation and enforce unfettered access to those who are facing starvation. We implore you for a swift action before it is too late.

e) Investigating atrocities: We need an international and independent investigation into the atrocities that have been committed so far. We implore the international community to organize its own investigative body, as the Ethiopian regime, being the main alleged perpetrator, can’t and shouldn’t be trusted to conduct investigation.

The people of Tigray are on the verge of extinction; only tangible action by the likes of your office, not just concerns, could stave off the looming danger.

We, therefore, call upon you to employ everything at your disposal to obviate otherwise inevitable atrocities, massacres, and mass starvation.