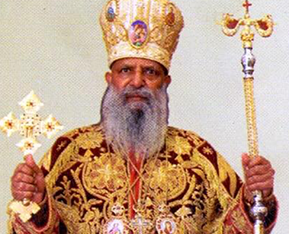 Declaration of support for “His Holiness Abune Mathias, Patriarch of Ethiopia – Archbishop of Axum and Ichege of the See of Saint Teklehaimanot”.

As a religious and Christian organization, the Fellowship of Evangelical Churches of Tigray (ECFTR) values the inherent dignity of human beings created in the image of God and their God-given rights to live. Before the start of the war, ECFTR, both individually and through its partnership with the inter-religious council of Tigray, had been calling on religious leaders to mitigate the circumstances that were exacerbating the conflict. After the start of the war, ECFTR continued to call for the end of genocide against our people, rape, and sexual violence against our mothers and sisters, the massacre of our religious leaders and fathers, desecration of religious sites and churches, and the total destruction. ECFTR has been also calling for the withdrawal of invading armies from Tigray, for unfettered humanitarian access, for bringing those responsible for war crimes to face justice.

May God Grant Comfort and Rest to Our People!