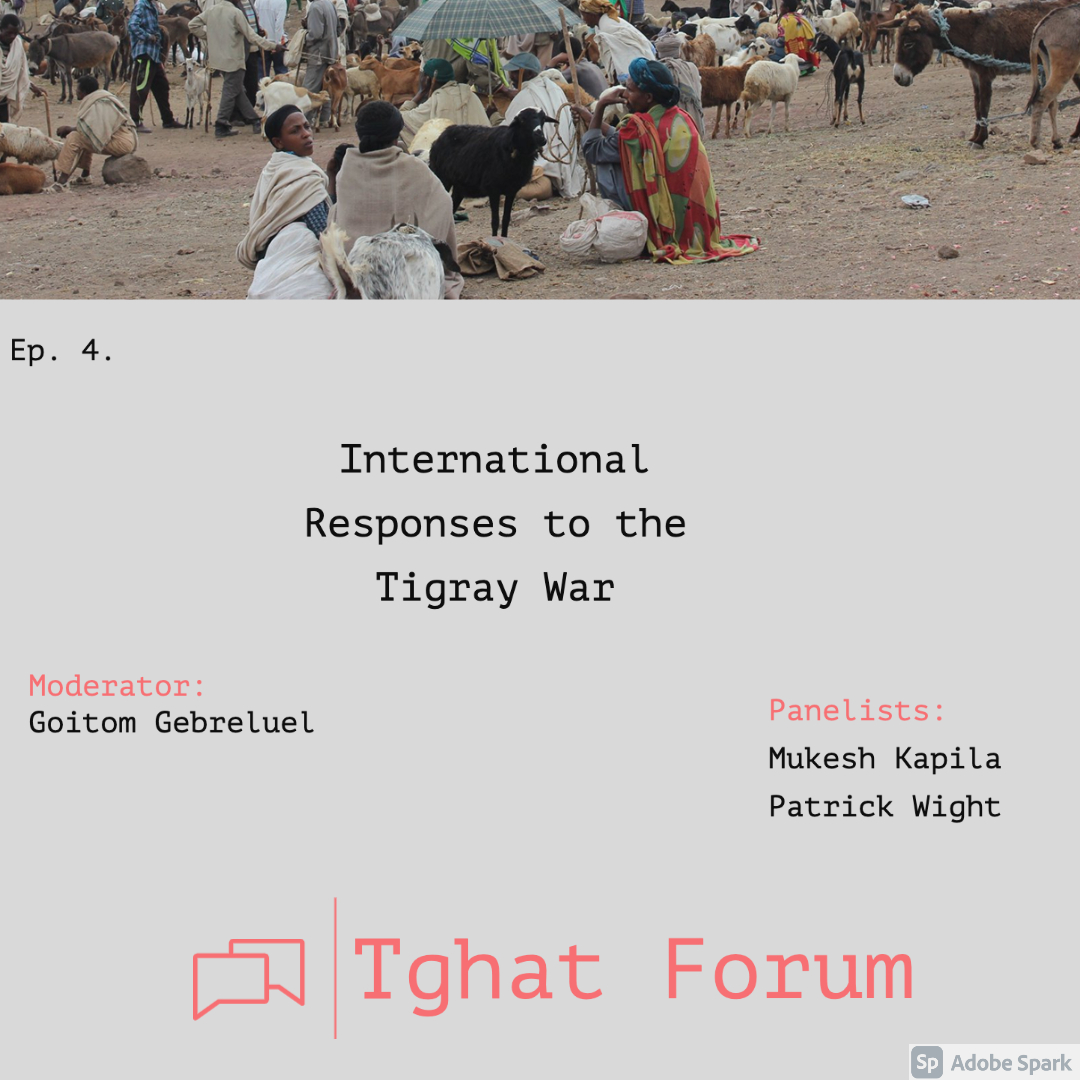 In the fourth installment of TGHAT Forum, Dr. Goitom Gebreluel moderates a discussion with Professor Mukesh Kapila and Dr. Patrick Wight about the international response to the Tigray war.

Professor Kapila offers insights relevant to Tigray from his involvement in the humanitarian response to atrocities in Afghanistan, Rwanda and Sudan, among others.

Key issues of debate include: Why has there been such a minimal response to the atrocities committed in Tigray? What are the concrete actions that the international community should take and should avoid? And, what is the effectiveness of diplomatic solutions versus supporting local resistance, in this case the TDF, to end ethnic cleansing and genocide? Both panelists offer a scathing rebuke of the response thus far by the UN, AU and IGAD. They explore the reasons why actors at all levels have been so slow to act.

Given this lack of response, there is a shared understanding that supporting the local resistance forces is the only way to alleviate the suffering of Tigrayans. There is room to debate, however, what form the diplomatic response should take. While there is agreement that military invasion, such as by the United States or NATO, has only made matters worse in other contexts (e.g. Afghanistan, Iraq and Libya), the panelists debate over what kind of sanctions the international community should impose.

Dear Tigray: For once, choose reality over kindness.

Excerpt from the Diary of a Survivor of Tigray Genocide

Why Erasing Tigray to Build a Modern Day Babel Fails?

An Eritrean: “There shouldn’t be a region called Tigray”

Tigrayans: A Nation Fighting a Genocide

If there must be war in Ethiopia: A Response to Eskinder Nega