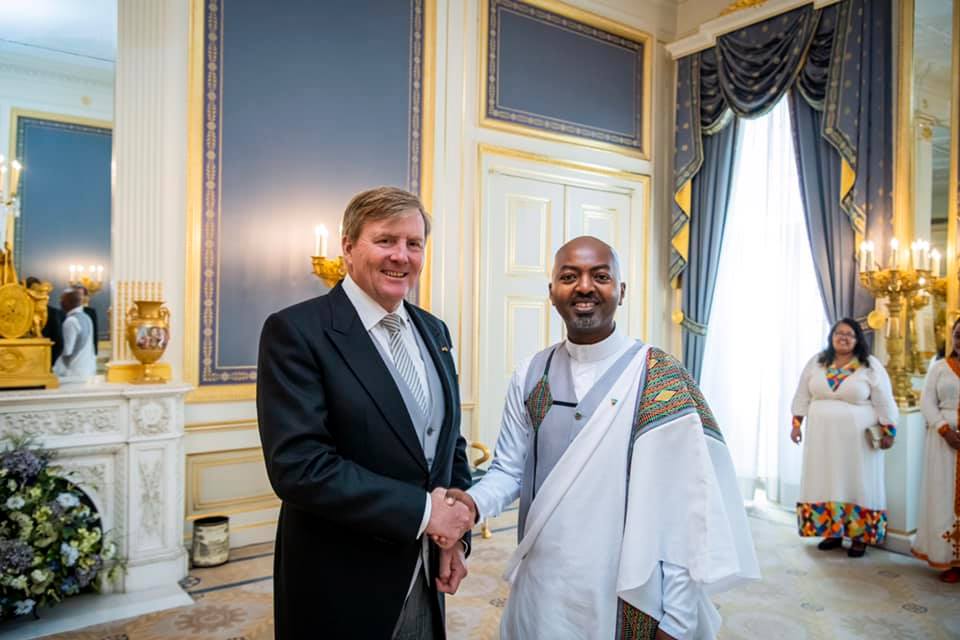 Million Samuel, the ambassador of Ethiopia to The Hague, Netherlands has abandoned the Abiy regime and fled to the United States after he received a letter about the plan to close the embassy and for him to report at the MoF in Addis Abeba. This is in line with Abiy Ahmed’s decision to close about 31 Ethiopian embassies worldwide.

It has been more than two weeks since the ambassador disappeared from the embassy leaving the staff in limbo. Some of them haven’t been paid their salaries and some have already asked for asylum in the Netherlands. The embassy had a total of 20 staff members, and one informal member who is an Amhara recently assigned to mobilize Ethiopians for the war on Tigray. The ambassador had also three personal maids who are also now in limbo. Several of the embassy staff have moved to the ambassador’s government-paid house to stay there until they are kicked out.

Embassy staff informed Tghat that the embassy stopped services two weeks ago and properties are being transferred to the Ethiopian Embassy in Brussels. Staff members also informed Tghat of one important recent change regarding Tigrayans and Eritreans. Towards the end of July, the embassy stopped accepting online applications for visas and travel documents for any Tigrinya speakers. The staff members said embassies were given direction to do so to stop Eritreans and Tigrayans from traveling to Ethiopia because it was believed Tigrayans and Eritreans were benefiting the Tigrayan struggle both by joining TDF but also by bringing hard currency which the government belief ends up benefitting Tigray. So Tigrinya speakers (both Tigrayans and Eritreans) were denied services at the embassy before it eventually closed all services.

Ambassador Million Samuel is an architect by profession and had no diplomatic nor foreign relations experience prior to him being appointed as an ambassador. He was appointed as an Ambassador due to his close ties to Deacon Daniel Kibret, whom he met while they were both serving in Mahbere Kidusan, an radical Amhara religio-political organization that is fully behind the genocidal regime’s genocidal campiagns in Tigray. Daniel Kibret is currently serving as an advisor to the Prime Minister of Ethiopia.

Ambassador Million Samuel was strongly and publicly supporting the Prime Minister of Ethiopia on the the war in Tigray. The Ambassador, who was born in Eritrea, and who claims to be from Tigray, seems to have decided to flee to the United States solely for personal reasons since his livelihood is affected by the closure of the Embassy. He has not forwarded any objection to the the PM and the Ethiopian state’s genocidal anti-Tigray campaign, the ongoing use of hunger as a weapon of war and the ethnic cleansing that happened and is still happening in Tigray.

Staff at different embassies that are being closed received the following letter, signed by Ambassador Regassa Kefale, Director General of HR Management at the Ministry of Foreign Affairs of Ethiopia. The letters thank the addressee for their service, and asks them to return any property and come back to Ethiopia and report at the head office.

Ambassador Million Samuel has given several interviews to the Dutch media supporting the genocidal war on Tigray. See