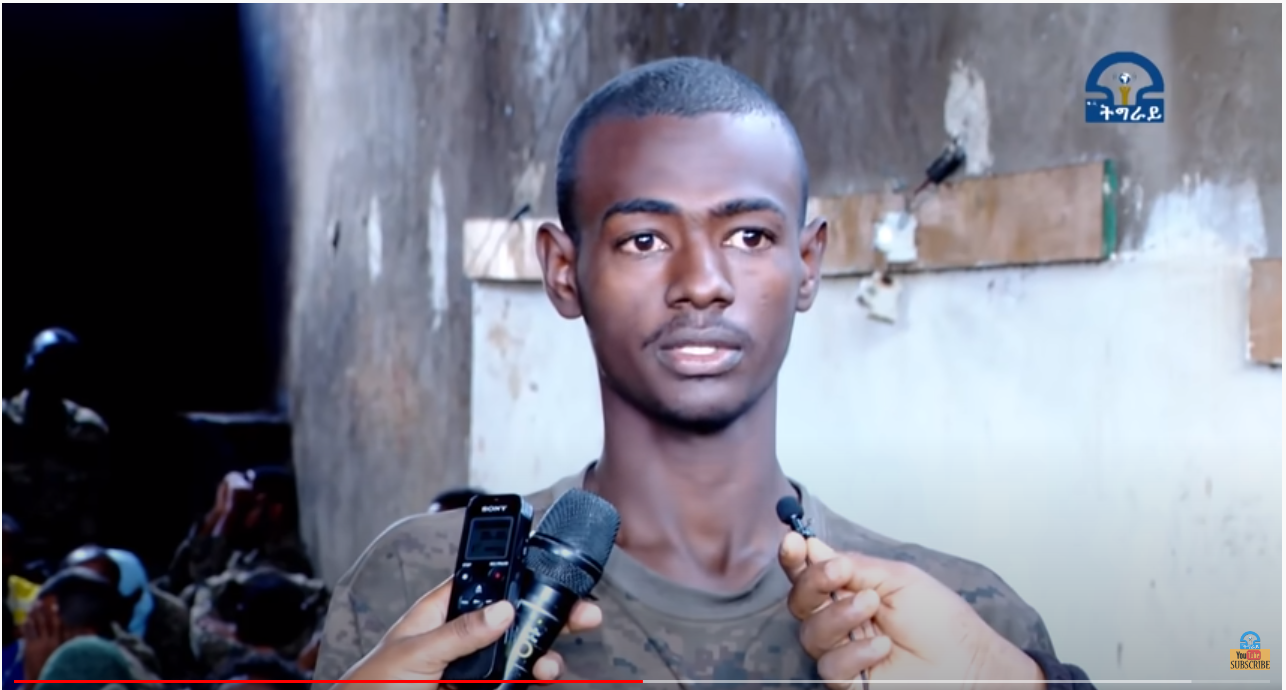 On April 01, 2021, BBC Africa Eye published an investigative report about a massacre at Mahbere-Dego, Tigray. The reporting analyzed a video recording that had emerged some weeks earlier and was able to establish the location where it was carried out along with details about the manner in which a group of civilians was executed by men and women in uniform. Among other things, the investigation uncovered that based on their uniform and badges the soldiers were members of the Ethiopian National Defense Forces. The analysis also isolated what the soldiers were saying. The use of “Weyane” along with the location established the Tigrayan identity of the victims while the various things that the soldiers called out to each other like “pour gas over them” and “burn these people” established the disturbing bloodlust and hate that was motivating the massacre.

Researchers with the international Bellingcat, relying on the BBC’s report and other clips that have since been brought to light, published another investigative report on 24 June 2021, confirming the findings of the BBC and uncovering some details about the identities of the officers involved in carrying out the massacre. One of the officers identified in the report is the man who recorded the executions. In the report, he is identified as Fafi (Tigringa: ፋፊ).

Fafi, whose real name is Sitotaw Alemayehu, has since been captured as a POW by the Tigray Defence Forces (TDF) and has given a detailed account of how the massacre unfolded. His account, in Amharic, was aired on Tigray TV as seen in the clip is embedded below:

My name is Sitotaw Alemayehu. I was the camera man for the first Brigade of the 25th Division of the Ethiopian National Defence Forces (ENDF). I was there when the Mahbere Dego massacre happened. The massacre was committed by the 25th Division (of the ENDF). The commander of the Division then was Colonel Suffian. By my count, 43 people were killed. The order to kill them came from Colonel Suffian. He told Captain Tamrat, the Division’s head of operations, to execute the order. The head of our Brigade, Colonel Tesfaye Birkessa, was also involved in the execution of the order. Initially, we were sitting round a mortar that our Division owned, protecting it from the enemy. Then the people whom were destined to be killed were brought from a place far away from where we were sitting. He said that he wanted the female soliders to be involved to help with their resolve. After that, Colonel Suffian ordered me to film everything that would follow.  He said that a video recording of the executions would be useful at a later time. Accordingly, I filmed as the personal guards of Colonel Suffian, men and women, shot the people to death. That is how it was filmed. I don’t think anyone involved in the shooting is with us here today.  Neither those who ordered the massacre nor those who executed it are here. I think about half of them were killed in the Yechila Operation (by the TDF). I do not know what happened to the other half. We were scattered around at that time (during the operation) and we did not get a chance to regroup before we were captured by the TDF. I am certain that a lot of atrocities more brutal and cruel than the one I filmed will have been committed against Tigrayans. Tigray has been wronged.  We are now asking the people of Tigray for forgiveness.

More Videos and Photos from the Togogwa Market Day Airstrike