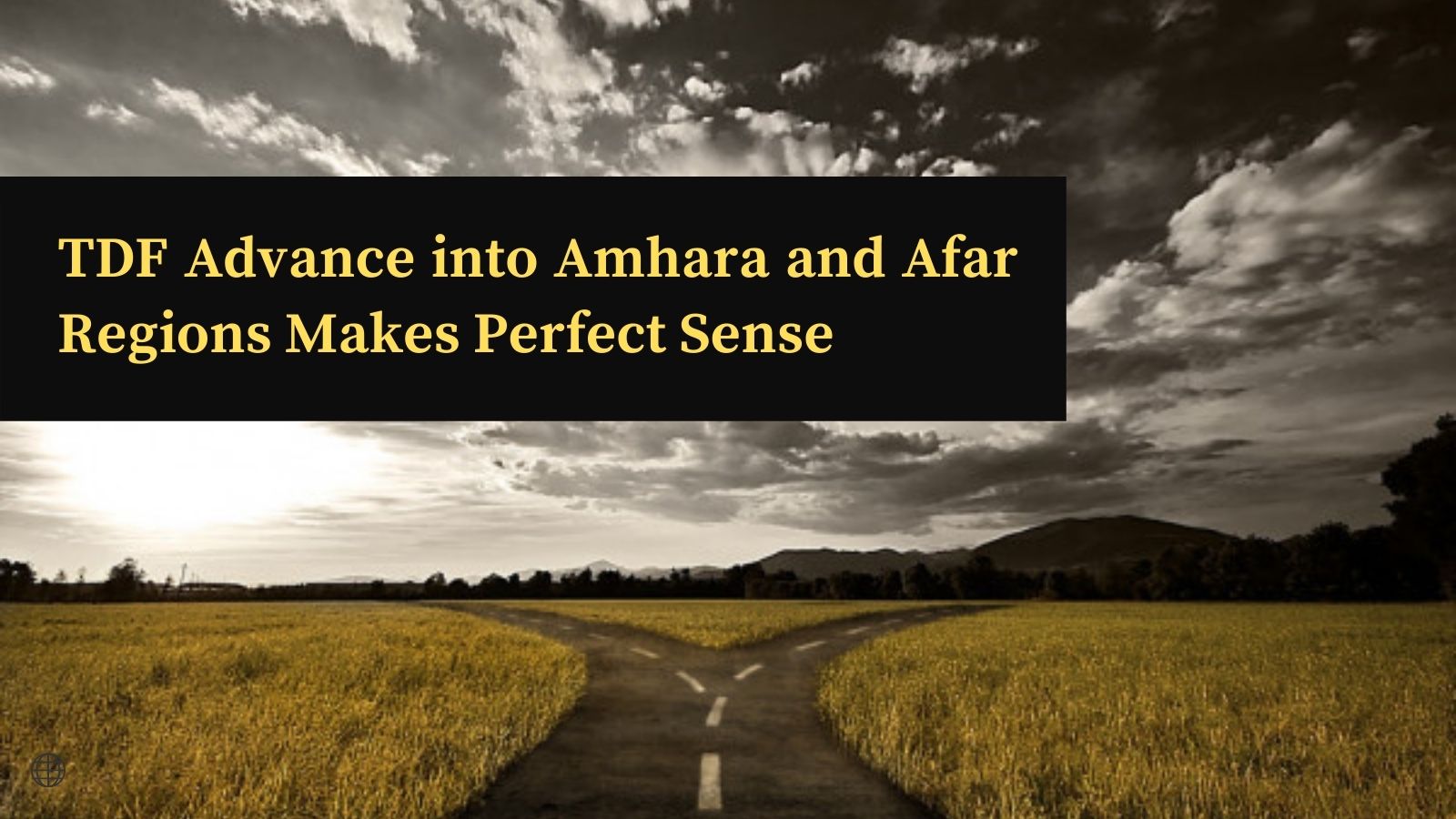 In the recent AJ Stream discussion “Can Abiy and the TPLF make peace?”, host Femi Oke exclaimed “It doesn’t make sense,” in response to Meaza Gidey, Tigrayan Human Rights Advocate noting that “the Tigray Defense Forces [TDF] are in Amhara to find a political solution to the conflict”. Judging by Ms. Oke’s incredulity, one would have thought Meaza had just said she had met a chimp giving a lecture on quantum physics or something else as risible. It is reasonable to dismiss Ms. Oke’s incredulity as the reaction of a person who did not quite understand the details and nuances of what is happening in Ethiopia. This seems to be borne out by some of the more simplistic lines of questioning evidenced in this particular discussion.

Ms. Oke is not alone in approaching the subject without taking the time to understand the complexities. A group of 58 self-professed African intellectuals, who would be expected to thoroughly research these complexities also failed to understand the exigencies driving TDF’s advances.  In the open letter addressing the issue that starts by reminding readers that the signatories have spent their lives thinking about Africa, they express their misgivings about TDF’s advance: “

In making this statement, however, it did not seem to have occurred to the intellectuals that the reason why news of barbaric atrocities, such as gang rape has ceased is thanks to TDF’s advances, depriving the barbaric Ethiopian troops of a chance to wreak havoc in Tigray again. Where the Ethiopian troops remain in control they continue to exact their cruelty, without fail. One only needs to read recent reports by the Telegraph and CNN of fiendish atrocities in Humera to understand what the Ethiopian troops are capable of doing if left to their own devices.  In this context, it should offer those concerned about TDF advances some comfort to hear that the gravest crimes the TDF have been accused of committing in the Amhara region may have appropriated some grains and oddly forced priests to eat beef. Not atrocities over which an intellectual that spends her time thinking about Africa, or anyone else for that matter, should lose sleep. So, if the intellectuals are really concerned about conflict – a laudable and appropriate concern although one is forced to regretfully wonder why it was not reflected earlier in the last nine months in which Eritrean and Ethiopian forces have been devastating Tigray – they should be alarmed about the atrocities Ethiopian and Eritrean troops are still committing in Western Tigray.

The intellectuals have called on the TPLF to respond positively to calls for finding a peaceful resolution. Perhaps they had not had the time to read the terms for a negotiated ceasefire the TPLF has offered Abiy Ahmed. Specifically, the TPLF has repeatedly and consistently said it is always ready to negotiate with Abiy if all invading forces still in Tigray withdraw, services (banking, telecommunications, electricity, etc) that Tigray is constitutionally entitled to resume and they receive a guarantee that Abiy’s and Isaias’ forces will not regroup and re-invade Tigray.

Response to calls for negotiations cannot be more positive than this. If Abiy and the TPLF were 1000 km apart from one another, the TPLF has traveled 999 km to meet him. All Abiy needed to do was make the remaining 1 km trek. Instead, he has run thousands of miles further away. As soon as his forces were routed out of most of Tigray, the reasonable thing to do would have been to concede defeat and give dialogue a chance. Instead, he doubled down on his previous misadventure and resorted to an antiquated and callous form of warfare – he imposed a total blockade on Tigray, leaving millions to starve to death; called the TPLF a “cancer” that must be extirpated at any cost; and vowed that he would resume military engagement once the rainy season was over.

The TPLF was left with only two options. Either sit idly by, putting the fate of Tigray at the mercy of the Abiy regime, whose declared and evidenced intention is to carry on doing what it had done for the previous nine months – rape, loot, massacre, destruct, and conduct ethnic cleansing. Or carry on fighting until the regime is arm-twisted into accepting conditions that are acceptable to Tigray and to Ethiopia in general. Taking the first option would have been an utter betrayal and insult to the Tigrayans who have been martyred defending Tigray from Abiy’s and Isaias’s forces’ wanton acts of brutality; to the thousands of women who were raped; to the farmers whose crops and houses were burnt down and to the entire Tigray cause. So, taking that option was a non-starter. This is why they had to, reluctantly, take the second option. The TDF’s advance into the Afar and Amhara regions is not intended to annex territories or bring about regime change but to force the regime to sit down for negotiation by denying it the opportunity to regroup and invade Tigray again. It is this point that Meaza alluded to in the short time given to her when she said “the TDF is in the Amhara and Afar regions to find a political solution”. Not only does it make perfect sense, but it also couldn’t have been stated in a better way.

Of course, one is entitled to believe that the course of action the TDF is taking is not the most optimal one. If that is the case, one ought to present an alternative course of action on the table. The African intellectuals who set out to demand urgent action did not do that. They did not say anything more original than peace-is-better-than-war-type of truisms. It is reasonable to expect both the TDF and the Abiy regimes will not have any problem agreeing with the findings of the intellectuals. As of yet, nobody has proposed a better solution than what the TDF has, and as long as that is the case, the TDF is within its right to carry on doing what it has been doing.

An ordinary woman recounts the war on Tigray, a story from Mekelle Times publication