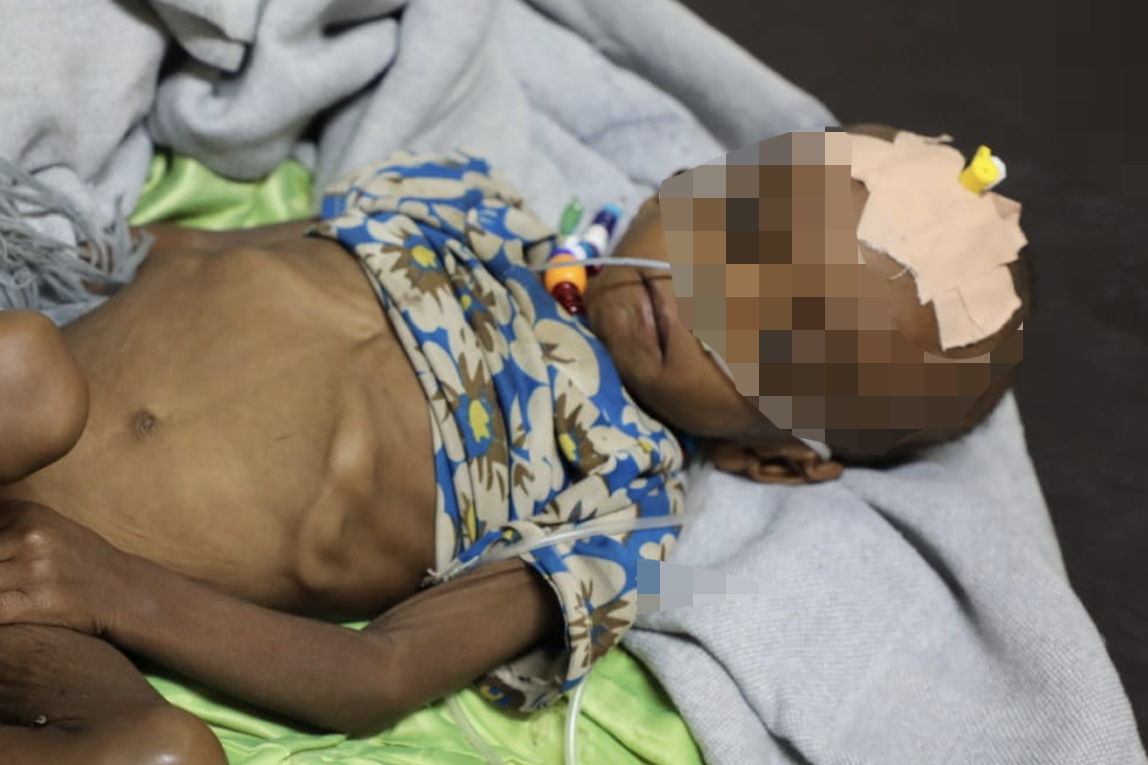 Weekly Briefing from the National Government of Tigray, September 22 2021.

No food aid entered Tigray last week, as the humanitarian situation continues to deteriorate and millions are in dire need of food, medical supplies, and nutrition.

Internally displaced persons (IDP’s) have been the most affected by the depletion of food stocks, which has had a significant impact on IDP centers that have already started to record deaths due to starvation. IDPs have started selling Non-Food Items (NFI’s) to meet basic needs such as food, firewood, and water while child labour amongst IDP communities has increased. Dignity kits are in short supply as the siege on Tigray continues to make life exceptionally difficult; a gap of 14,000 dignity kits was recorded in Mekelle alone as stocks for all NFI’s are running low.

Overcrowding in IDP centers and lack of sanitation facilities have also put the health and security of IDPs in danger making outbreaks an evident danger. A new wave of displacements in areas bordering Eritrea has so far recorded over 11,000 new IDPs. A total of 655 unaccompanied children were identified in Mekelle and 136 in Sheraro; partners and the government are working to facilitate alternative care.

Tigray is on day 86 of an all-encompassing siege that has blocked roads, banking services, electricity, and telecommunication services. Lack of fuel, cash, and communication are the most significant hurdles to the delivery of much-needed humanitarian assistance to the one million people in famine-like conditions.

General malnutrition rates stand at 23.7 percent with severe malnutrition at 3.4 percent. Malnutrition of pregnant and lactating women stands at over 70 percent, causing miscarriages, maternal death, and low birth weight. While reporting rates stand high at 79 percent, inpatient admission stands at just 3 percent as the demand for healthcare is beyond the capacity of what is left of the collapsed health system.

II. Back to School

The Tigray Bureau of Education has conducted a damage assessment for schools in Tigray, with the exception of schools in Western and North Western Tigray. Preliminary findings indicate that most classroom equipment, such as desks, armchairs, special needs materials and boards, administrative buildings, laboratories, electronics, and libraries were mostly destroyed. For instance, Atse Yohannes Secondary school in Mekelle, Negash Elementary school in the town of Negash, and Endabaguna Elementary school around shire are just a few of the eight schools confirmed to have been destroyed.

Teachers have not received their monthly salary since June while lack of communication has served as an additional hindrance for operations necessary to restart schools in September.

Sanitation facilities, such as hand wash and water tanks were almost completely destroyed by invading forces which makes the implementation of COVID-19 safety protocols all the more difficult.

All students from preschool to 6th grade have started registration in both public and private schools. The Tigray Bureau of Education has developed manuals and guidelines on community-based resource mobilization. Partner organizations and the government are working to assist students in acquiring school materials.

The evacuation of IDPs from schools in Mekelle started on September 15, 2021. The government is working to authorize the use of an additional public building for repurposed uses such as unfinished government buildings, colleges, and universities for the relocation of IDPs.

Reestablishing Tigray’s educational system will require support to revitalize the electronic systems, providing psychosocial support, and metal and woodwork, as well as food and nutrition for students.

The Government of Tigray believes that restarting schools will make it possible for both government and partner organizations to implement more viable interventions for communities across Tigray.

On September 16, 2021, UN Ethiopia issued a statement on Twitter raising concerns that trucks carrying humanitarian aid to Tigray have failed to return. Despite the insinuation of a nefarious intent behind the delay of those trucks, the facts surrounding the failure of those trucks merely highlight the devastating consequences of the total blockade imposed on Tigray by Abiy Ahmed’s government. As previously expressed by the Government of Tigray, it should be clear that the UN hires private trucks to transport humanitarian aid end-to-end and this formal contractual arrangement has nothing to do with the Government of Tigray, and that it is the consequences of the siege on Tigray that has made it virtually impossible for the trucks to leave. First, there is a severe fuel shortage throughout Tigray. Truckers are not immune from this region-wide shortage. Second, there is incessant harassment of truckers to and from Tigray on the many checkpoints along the way. Third, there are also unexpected and unexplained delays in Semera, often lasting weeks and even months, which makes truckers reluctant to venture out of Tigray.

Despite the enormity of the unfolding humanitarian catastrophe and the multifaceted crises confronting Tigray, the Government of Tigray has affirmed its commitment to facilitating the smooth arrival and departure of trucks carrying much-needed humanitarian aid.

There have been sightings of desert locusts across dozens of woredas in Tigray since the first week of May 2021 including in Churcher, Raya Azebo, Enda Mekoni, Selawa, Kola Tembain, and others. Meaningful intervention would require monitoring and coordination among partners and communities as well as the expenditure of over 100 million birr.

Open Letter to His Excellency Volkan Bozkir, President of the 75th session of the General Assembly

Unprecedented migration, death, and famine unseen in this nation are coming to Tigray, says Tigray’s Head of Agriculture and Rural Development