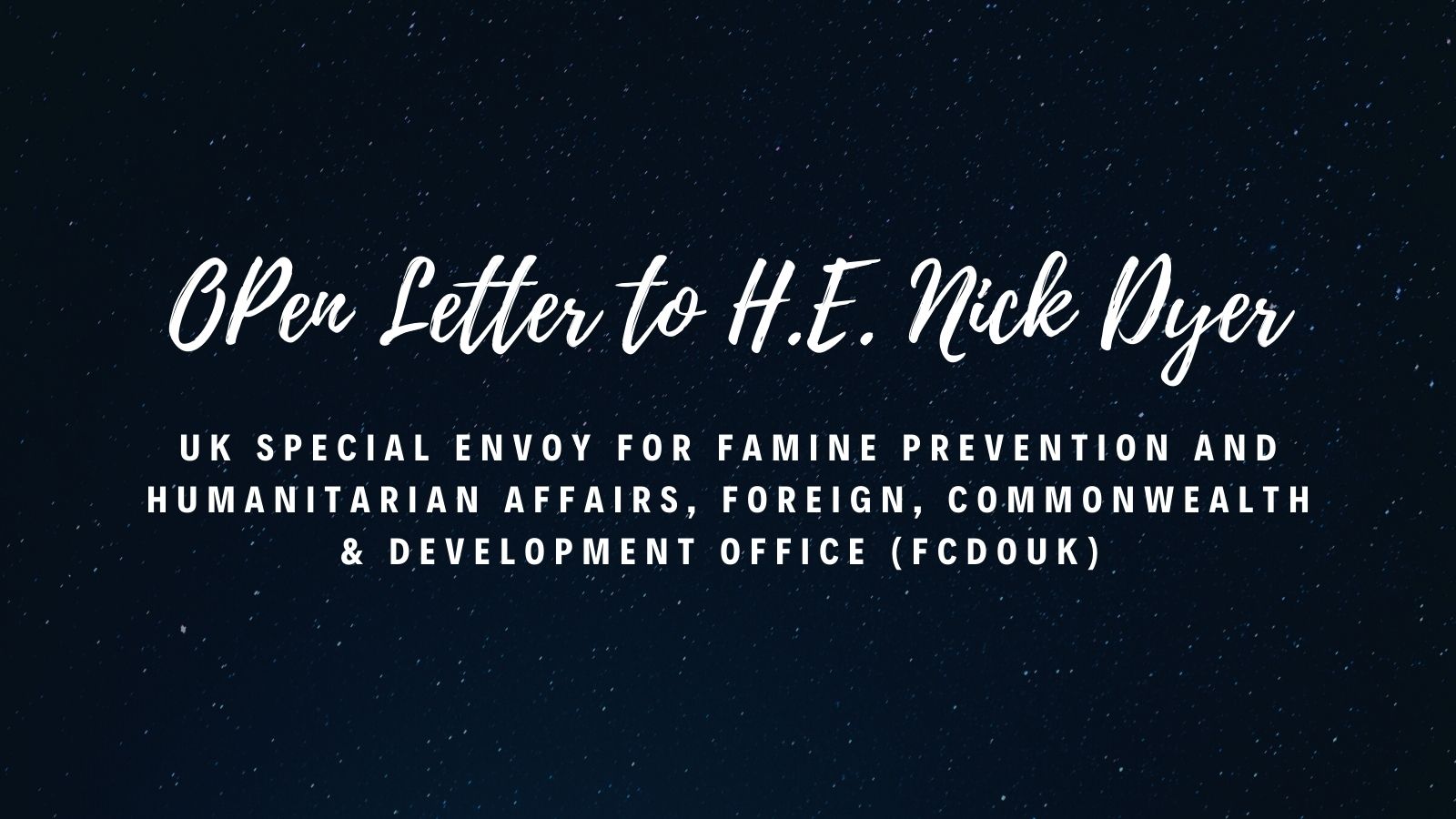 We would like to extend our heartfelt thanks for your visits to the Tigray region of Ethiopia to assess the ongoing humanitarain crisis there. Your reporting on the situation at a time when a total communications blackout has made it near impossible to get adequate insight is invaluable. We are writing to you at this time in response to your most recent report following your third visit. As you so rightly noted the situation in Tigray has deteriorated to an alarming extent.

For some time now the World Food Programme [WFO] has informed the world that Tigray needs 100 trucks a day to avoid the full cost of the famine. Sadly, however, the Ethiopian regime has allowed only a mere 10% of the aid required to enter Tigray since late June. As a result, deaths due to starvation have been regularly announced by the government of Tigray since last month.

What you were able to witness in Mekelle is the tip of the iceberg. Those in rural areas and far from major towns are experiencing a much worse reality. Given the communication blackout and shortage of fuel, it is difficult (if not impossible) to assess conditions and keep track of what is happening in the rural areas. Note that humanitarian workers are also prohibited from taking devices to the region so that they can’t capture the degree of severity.

Even as you read this letter, countless parents are forced to witness their children slowly wither away in excruciating pain from starvation. It is terrible but not impossible to imagine the suffering of people who are unable to nourish and protect their loved ones as they vanish in front of their eyes. The terrible parallels with the 1984 famine when a previous Ethiopian government similarly weaponized famine are almost inescapable. The footage from that time of severely malnourished children in agony from starvation surfaced;  some too weak to even cry serves as a window into what is happening in Tigray today.

As I am sure you noticed your recent video message on Twitter elicited many positive responses. The Tigrayan community is encouraged and deeply grateful for your continued effort to help those who need it and for being there to see the severity of the crisis. However, we all remain gravely concerned by the ever-worsening hunger crisis and the undeniable reality that methods employed thus far to alleviate the food crisis have failed. The international community must ask: is there something more or different that must be done?

With this in mind, we would like to ask you and the UK government to consider the following steps:

Unprecedented migration, death, and famine unseen in this nation are coming to Tigray, says Tigray’s Head of Agriculture and Rural Development

A Tale Familiar to Three Generations of Tigrayans