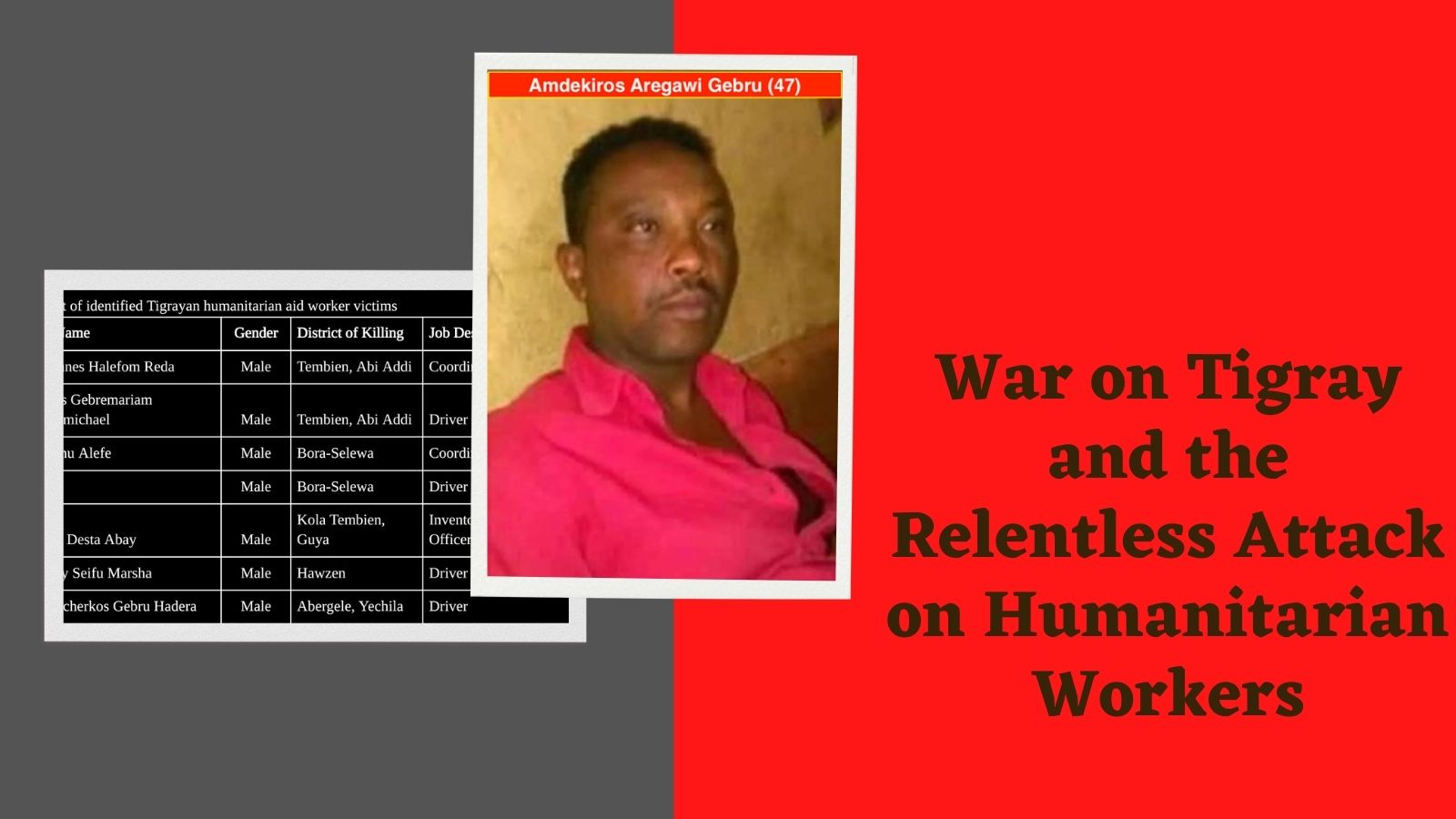 One of the alarming features of the genocidal war waged on Tigray has been the unprecedented extent to which humanitarian aid workers have been targeted. Recently, the entire world was shocked and dismayed by the arbitrary expulsion of seven high-level UN officials:

These officials were given 72 hours to leave the country by the Ethiopian regime against all international conventions and norms of practice.  This unprecedented action came only two days after the United Nations humanitarian chief, Martin Griffiths, said that a man-made famine in Tigray was condemned by members of the international community [1, 2, 3, 4]. This is not the first time that the Ethiopian government is targeting humanitarian aid organizations. On July 30th, 2021, the Ethiopian government also ordered the Norwegian Refugee Council (NRC), Doctors Without Borders, and Al Maktoum Foundation to cease all of their aid operations in Ethiopia.

Table 1 shows a list of 28 identified Tigrayan humanitarian aid worker victims killed across different districts of Tigray who died at the hands of the invading Ethiopian and Eritrean forces. These aid workers were members of Doctors Without Borders (MSF), Relief Society of Tigray (REST), Red Cross Society of Tigray Branch, and the International Committee for the Development of Peoples (CISP) respectively.

During his interview with the New York Times in late March 2021, the head of the Red Cross Society of Tigray branch, Mr. Berhanu Mekonnen, said that Eritrean soldiers had killed seven of his workers including a driver who was dragged from his ambulance and shot.

The victim listed on number 17 in Table 1, Amdekiros Aregawi Gebru (47), was an ambulance driver for the Tigrayan branch of the  Red Cross Society, mentioned by  Mr. Mekonnen in his interview. On the afternoon of November 25th, 2020, Mr. Amdekiros was hurriedly driving a Tigrayan pregnant mother in labor from a local clinic to Adwa hospital. According to eyewitnesses, including his colleagues, Mr. Amerdkiros was shot while en route to the hospital by the invading Eritrean soldiers. Mr. Amdekiros’s actions to save the life of the pregnant mother required bravery and passion. It is the same bravery and passion embodied by all humanitarian aid workers who have risked their personal safety to come to the rescue of vulnerable communities in this tragic war.  Sadly the inhumane Eritrean soldiers were impervious to the neutrality and protected status of humanitarian workers in conflict. They dragged the expecting mother and Mr. Amdekiros from the vehicle and attempted to end his life with a gunshot before seizing the ambulance.

After being shot, Mr. Amdekiros, whom the Eritrean soldiers thought was dead, tied his wound and then he managed to take the pregnant mother to the hospital. The mother delivered her baby safely with the help of the doctors and nurses in the hospital but unfortunately, the brave aid worker died shortly due to blood loss. 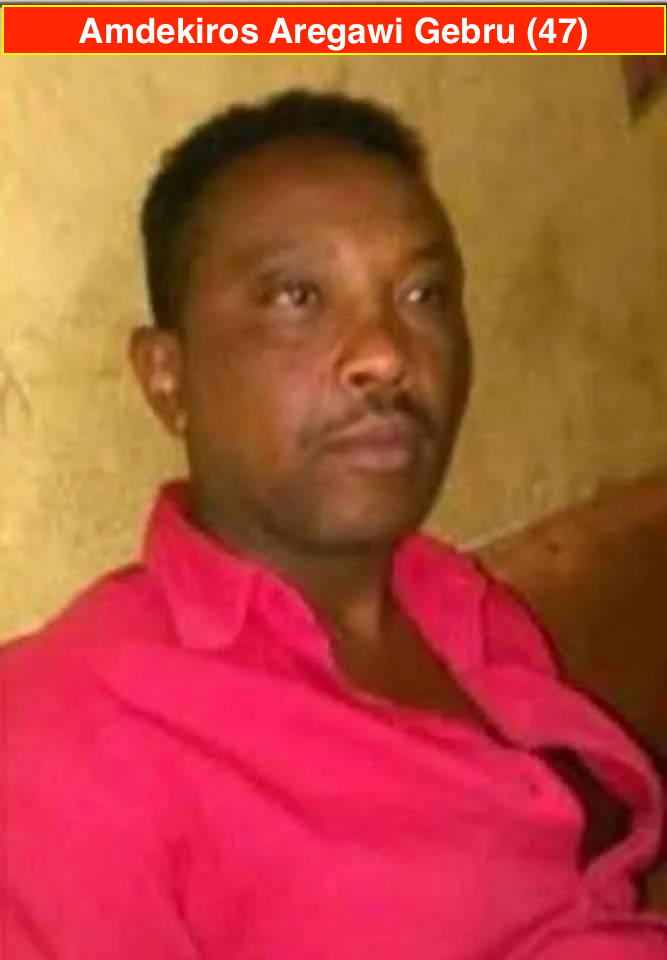 This was not the only painful news for his family members. His younger brother, Binyam Aregawi Gebru (32), was also murdered in Adwa on the same day protecting the properties of his family of which Mr. Amdekiros was not aware. Witnesses and family members of the victims said the Eritrean soldiers looted household goods and cars after shooting Binyam in front of his mother and father. 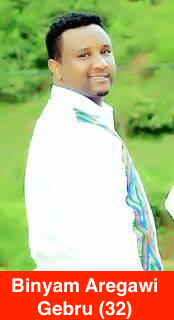 Both Amdekiros and Binyam were born in Eritrea, near a marketplace in the center of Asmara, in a street called Enda Mariam (እንዳ ማርያም). Their families were successful merchants in Asmara, Eritrea. Their father, priest Aregawi Gebru, was very famous, friendly, and loved by many in the city of Asmara. Their family, leaving everything they owned in Eritrea behind, were deported to Tigray before the Ethio-Eritrea war. They moved to Tigray and started life over again. The Eritrean soldiers invaded Tigray in November 2020 and looted everything priest Aregawi owned in Adwa, Tigray.

I document and write about the genocidal war on Tigray.

That the war on Tigray is over is a myth, Getachew Reda