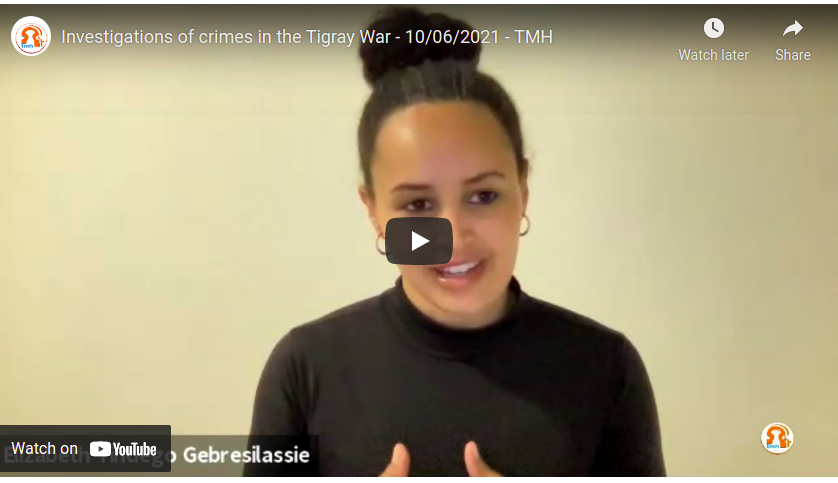 In the eighth installment of TGHAT Forum, Elizabeth Yihdego moderates a discussion with Teklay Gebremichael, Gebrekristos Gebreselassie and Dr. Patrick Wight about the joint investigation by the Office of the United Nations High Commissioner for Human Rights (OHCHR) and the Ethiopian Human Rights Commission (EHRC) into crimes of serious human rights violations against Tigreans allegedly perpetrated by Ethiopian and Eritrean forces.

Dr. Wight gives insights into the moral, legal, and practical imperatives of such investigations; talks about why a truly impartial and neutral investigator in an environment where there are multiple players with non-aligning interests is difficult to manage; discusses barriers tied to state sovereignty and why that might have led the UNCHR to settle for a joint investigation with the EHRC.

Teklay argues strongly against the decision to include the EHRC in the investigative team, citing as red flags the EHRC Commissioner Daniel Bekelle’s open bias against Tigrayan forces; his stated position that “the war has not caused as much damage as feared” and; the fact that the EHRC is a state-appointed and state-controlled institution with little to no independence.

Gebrekirstos says the investigation was cover-up job to grant the Abiy Ahmed regime exoneration; says even the AU should not be trusted to conduct investigation given its blatant complicity; and talks about the challenges that TGHAT faces to ascertain information that comes out of Tigray in the face of the total communication blackout.

Dutch aid workers: The outside world needs to know what’s going on in Tigray