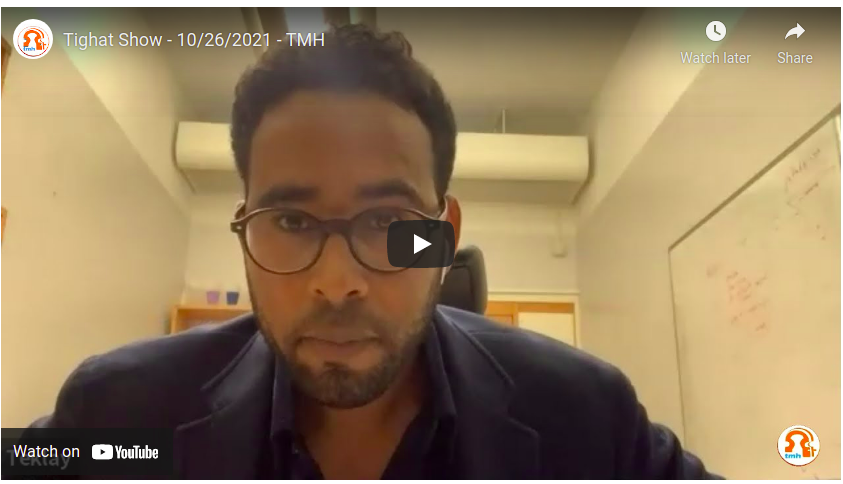 In the ninth installment of Tghat Forum, Teklay Gebremichael moderates a discussion with Amare Teklay (PhD) and Goytom Kahsay (PhD) on the economic impact of the war on Tigray that has been going on for nearly a year now. The economy has been both a weapon and a victim of the war, and in this episode, Amare and Goytom have attempted to shed light on the abrupt reversal of the once fastest-growing Ethiopian economy.

Goytom asserts that while the exact magnitude of the impact of the ongoing war on the deteriorating macroeconomic conditions of the country requires careful economic analysis, it is straight forward to see that the substantial reduction in GDP growth in 2021, IMF’s lack of GDP growth projection for the year 2022-2026, decreasing foreign exchange reserves and sky-rocketing prices can be attributed to a large extent to the war on Tigray although other factors such as COVID19 played roles. In order to see this, one needs to ask what would have happened to the economy had there not been a war.

Goytom underscores several factors to support this. Firstly, the Tigrayan economy, which accounts for about 6-8% of the Ethiopian economy, has been fully destroyed. This is not an economy standing alone. It was fully integrated with the Ethiopian economy, which suggests that other regions and sectors of the economy have been affected due to the backward and forward linkages such as employment, exports, and investment. Secondly, a substantial amount of resources have been diverted from other regions and sectors to the war, which could be used for speeding up the growth of the economy. Finally, credit rating agencies and IMF have underscored the role of war on the ‘junk’ credit rating of the country and large economic uncertainties. The looming sanctions will definitely affect the country’s economy if they come in the form of cutting budgetary support and development programs as well as restrictions on market access such as AGOA.

Amare argues that the so-called reforms were maneuvers to prepare for the war and the reversal in the growth trajectory, in hindsight reflects the perverse motives Abiy’s government had. Though data can hardly be found on the exact quantity of the economic consequences, the magnitude of the impact is in the order of billions and the overall ramifications are just starting to be felt by the general public in central parts of the country as inflation gets as high as 35%. Unless people prefer the war at all costs or are willfully blind, the impact is already in their pockets and wallets and plates.