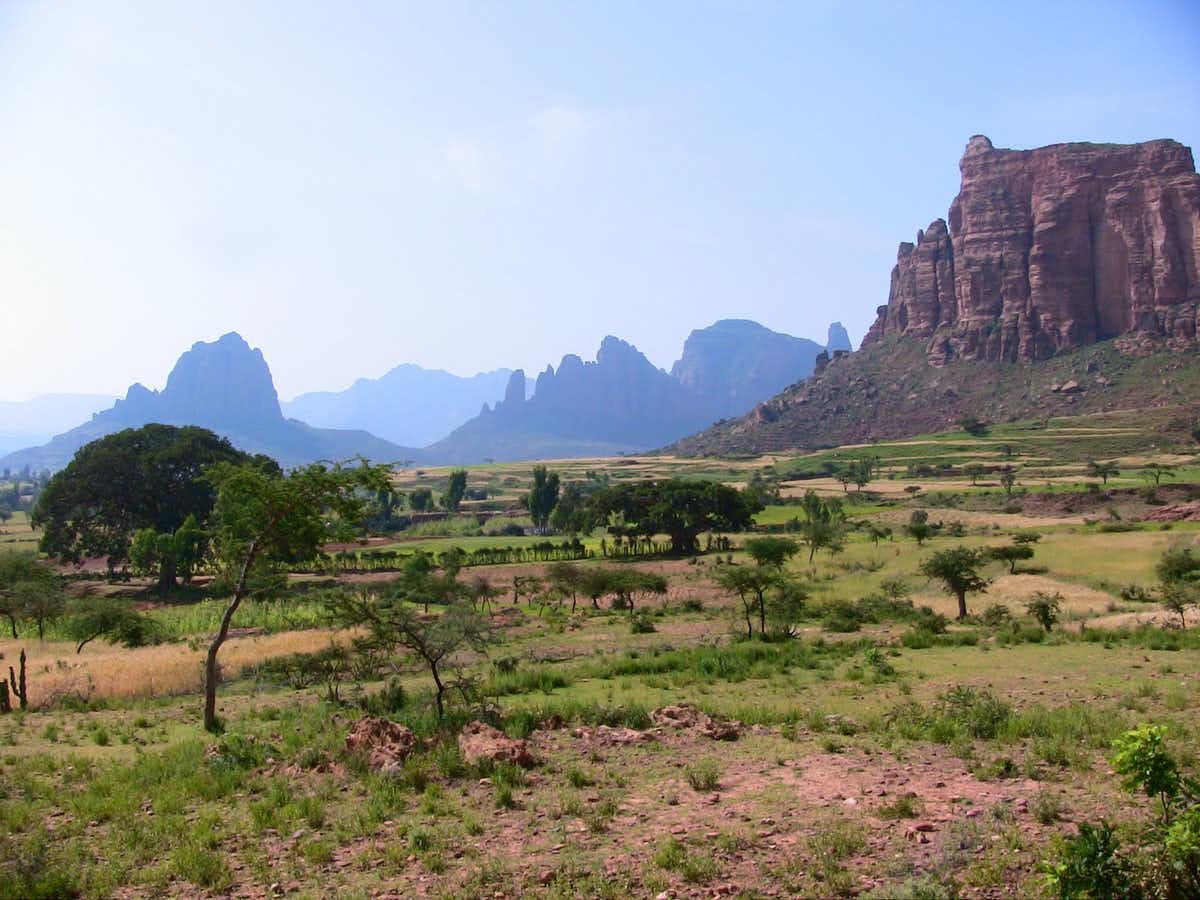 The majestic Gheralta mountains house beautiful rock-hewn churches which are of incalculable value for Tigrayans. Some estimate about 80 rock-hewn churches are found in these mountains. Among the famous ones are Abraha wa Atsbha,  Debre Tsion (Abune Abraham), Selassie Dugum, Debre maryam Korkor, Daniel Korkor and Abuna Yemata Guh.

Due to the relative peace of the last 30 years, the majesty of the mountains and the impressive rock-hewn churches that they house, the Gheralta mountains have, since two decades ago, been a tourist attraction and destination. Following the interest by tourists, the town of Hawzien saw a boom in hotels and investments catering for the tourists. In addition to the hotels in the town of Hawzien, there came several other lodges scattered around the foots of the mountains. A notable one is the Gheralta Lodge, owned and run by Italians, and rated as the number one lodge in Ethiopia by many rating websites. Another notable investment is Korkor Lodge, which is almost at the foot of the Imba (Mountain) Megab.

Exactly the area where these churches and the lodges are found has been now a raging battlefield. The footage below shows the smokes and sounds of guns from an active war.

According to a Tigray government statement from December 2, 2020, the invading army launched an offensive, supported with heavy artillery in the Hawzien – Megab road on 01 Decemeber 2020. We believe this footage is from some time between December 01 to December 04.

The war on Tigray has targeted civilians and civilian infrastructure, and cultural and religious sites. The sacred churches of Tigray housed in the Gheralta mountains are in danger from this war. While rare footages like this provide some glimpses, the total blockade and the communication blackout have made it almost impossible to obtain the correct extent of damage. Restoration of services and communication and access for humanitarian workers and journalists must be allowed. Following that, independent investigation into war crimes and the extent of damage needs to happen.

Ethiopia: in Tigray, an invisible war

“Because of You, Tigray Prevailed”, Dr. Debretsion Gebremichael, President of Tigray