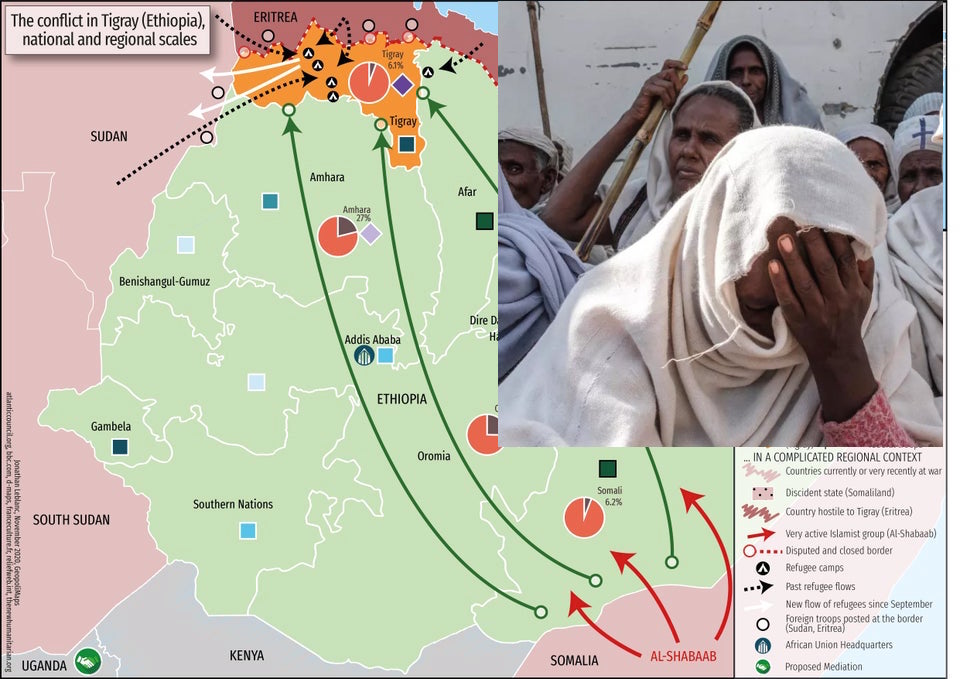 Ethiopia has been under the Abiy Ahmed  administration since 2018. In  just three years time, the country has been turned upside down. The annual two-digit economic growth has dropped to below zero. Macro-infrastructure development has stagnated. Civil unrest and conflict  have  become common everywhere in the country. It has been more than 100  days since the war on the people of Tigray was declared. Allied forces of the Ethiopian Federal Forces, the Amhara militia and Special Police Force, the special police forces of the other regional states and foreign troops of Eritrea and Somalia, with the support of UAE’s combat drones have been shelling Tigray.

On Nov. 4, 2020, the Abiy Administration declared war on the Tigray regional state. Since then, numerous war crimes, human rights violence and genocidal actions have been committed. What are some of the war crimes?

Soon after the war was waged, all service was shut down. Internet and telephone services were shut down hours before the official declaration of the war. The internet and telephone were shut down to hide all the crimes from the international community.The timing of the declaration of the war is interesting. Apparently it was made to overlap with the presidential election of the United States. Banks were systematically suspended and later looted. Electricity and water pipes were shut down and finally destroyed. Transportation in cities and towns and long distance travel were disrupted. International media were barred from entering Tigray. People were totally disconnected from each other, unable to know the whereabouts of their beloved ones. Meanwhile, the poor and the wealthy investors were equally starved. Boreholes and ponds have been the sources of drinking water for the people, including the capital of the regional state. All electric lines and water pipes were demolished. In summary, Tigray became  a living hell in the 21st century.

Bombing and massacre of civilians

Right after the declaration of the war, Abiy mobilized all the military commands and divisions from across the country to encircle Tigray. Foreign troops and military weapons were invited to be involved. According to independent reports, Isaias Afwerki of Eritrea sent 38 divisions, including 6 divisions of mechanized and special commando battalions. UAE bombing drones were invited to take part in the war. The artillery shelling, drone bombing, and heavy weaponries have killed tens of thousands of civilians in different cities and rural areas. It has been reported that more than 52,000 civilians have been killed. Thousands of women and girls have been raped by the troops.

Destruction of infrastructures and looting of properties

Main infrastructures, government and private investments, factories, and public services have been looted and destroyed. Among the top public institutions looted are  Axum University, Adigrat University, and Mekelle University. All the laboratory equipment, vehicles, services and facilities, stores have been completely looted by the Eritrean troops and the rest of the fixed assets have been destroyed. Almost all health centers and hospitals, schools, administration offices of all levels, sector offices and services are blindly and collectively attacked and destroyed. Almeda Textile Factory, Hiwot Mechanization, Saba Marble, Sheba Leather and Tannery, Adigrat Pharmaceuticals, Dedebit Microfinance, Mesfin Industria Engineering, Messebo Cement Factory and Sur Construction are among the endowment companies of the people of Tigray that have been looted. Wolkayit Sugar Factory and Baeker Agro Processing are among the looted and finally destroyed industrial parks which were constructed by foreign aid and loan. Private business, industries and investments like Semayata Dimensional Stone and Zenit Factory are  among the looted and destroyed companies by the allied Ethiopian and Eritrean troops.

Starvation as instrument of war

Beyond the killings, it has been repeatedly reported that 4.5 million people are in a chronic starvation  level and in need of urgent humanitarian aid. The starvation is artificial rather than natural. The people of Tigray were  fighting against a swarm of desert locusts in the last harvest season while other parts of the country were supported with aerial chemical spray. That seemed to be a systematic attempt by the federal government  to starve Tigrayans by letting their harvest be destroyed by the locust swarm. Since the war broke out, farmers’ produce, livestock and other resources have been looted and burned by the Eritrean and Ethiopian troops in an attempt to  use  starvation as an instrument of war. The produce of Western Tigray, the most fertile land, has been  harvested and taken by the Amhara militia. Unless humanitarian aid and lifesaving food is provided, tens of thousands of people might die.  A few humanitarian agencies, after a long fight with the Federal government to get a clearance to enter into Tigray, have started food aid distribution mostly in the big cities. In places outside of Mekelle, however, people  suspect that the humanitarian agencies might have diverted to the Eritrean troops.

Several heavy artillery bombardments have been carried out in different cities and towns of Tigray. Some towns have been completely destroyed while others partly damaged. Humera, a town in western Tigray, was bombarded and shelled  by the Eritrean troops between Nov. 9 and 11, 2020, devastating residential areas and destroying a hospital. The Ethiopian army and regional Amhara forces have killed civilians and looted buildings. A massacre was committed in Mai Kadra on Nov. 9, 2020, in which more than hundreds of civilian Tigrayans were murdered.  Michelle Bachelet, UN High Commissioner for Human Rights, has reported human rights and humanitarian law violations in Ethiopia, calling for an investigation into the allegations and protection of civilians.

Abiy Ahmed, in hii address to the Ethiopian parliament, claimed, however,  that not a single civilian had been killed in the “operation”  and accused the immigrants in Sudan of having taken part in the Mai Kadra massacre.  He even claimed that the victims are not Tigrayans. The human rights agencies and international community have been requesting the Abiy regime  to allow independent investigation. But the Abiy regime has so far refused to allow  an independent investigation.

Raping of girls and women

Hundreds of women and girls including underagegirls  have been reported to have been raped by the Ethiopian and Eritrean troops and Amhara militia in different parts of Tigray. According to reports some women were forced to be raped by family members while others were killed after being raped by many people. Even government officials have conceded the various allegations of rape by human rights agencies. Worse still, rape is still said to be rampant and no justice has been delivered to the victims. The victims are physically and psychologically traumatized in the absence of medication, treatment and shelter to recover from the horror they had endured

After the looting of resources and properties, burning of agricultural products and unharvested crops, and looting of livestock by the Eritrean troops, most people of Tigray are in need of humanitarian aid and medication. One of the demands of the international community is  for the government to open humanitarian corridors for delivering humanitarian aid. The Ethiopian government, however, has hindered international aid workers from entering, I believe, to hide the war crimes.

Denial of permission to the media

Like the blackout of all the services, international and private media outlets have been denied permission to enter and report from the Tigray region. Some reporters have had their media licence   cancelled while others, like a  Reuters reporter,  were arrested for days in Addis Abeba. Many local reporters of , for instance OMN, Addis Standard, Tigray TV, and private columnists have been arrested and detained. Journalist Dawit Kebede of Tigray TV, for instance, has been killed in Mekelle and the whereabouts of Rahel Gebremichael, another journalist, is still unknown after she was taken by the military officers in Mekelle.

Kinfe Asayehegn (PhD) is an academic and researcher. He has worked at Mekelle University and Hawassa University. He is currently a research fellow at SupAgro Montpellier, Seattle.

Open Letter to His Excellency Volkan Bozkir, President of the 75th session of the General Assembly