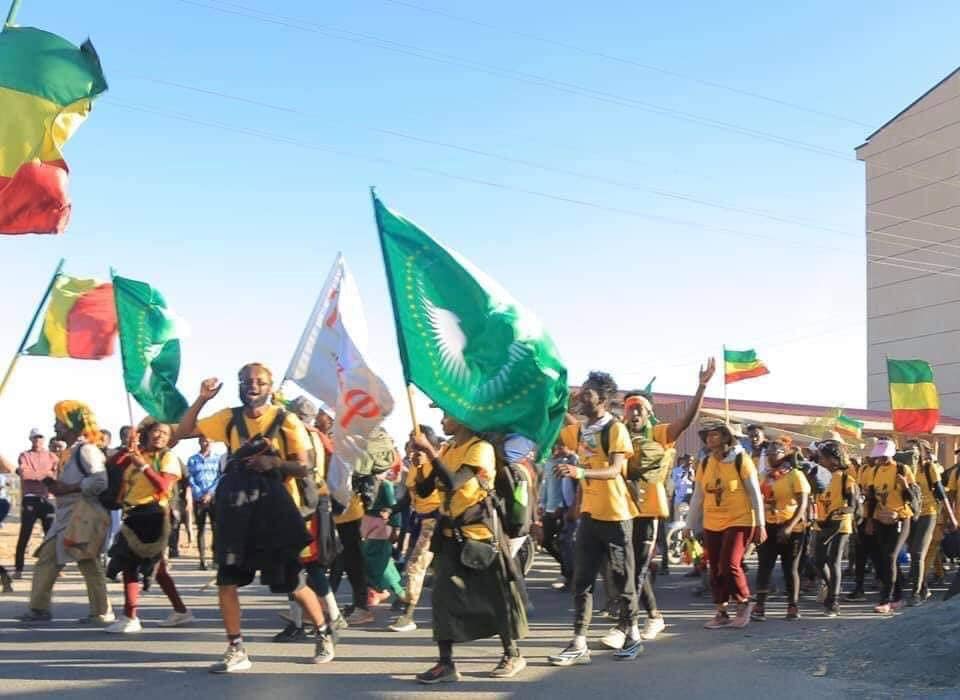 This is a brief summary of an interview with Yared Shumete, organizer of the annual “Guzo Adwa” (Trip to Adwa)  published in Addis Admas Newspaper on the 15th of March 2021.

In response to a series of questions about the experience of the 8th “Guzo Adwa” (Annual walking trip from Addis Ababa to Adwa in commemoration of the victory of the Battle of Adwa) and why they were unable to get to Adwa this year, the organizer Yared Shumete shares the following observations and his reflections.

He begins by noting that the group was unable to get to Adwa this year because of the “current security situation in Tigray”. According to Yared, discussions held with Ethiopian military personnel revealed that the group would not be able to travel to Adwa without a heavy military escort. Upon learning this the group decided to stop their trip at Alamata (major border town) because completing the trip, under those conditions and when they would have been unable to do so without an escort, would give a false impression about the level of peace and security in the region.

“The security officials told us that they do not advise that we travel past there (Alamata). Had we ignored this counsel and we lost someone this would only be a cause for further friction and animosity in our country.” He said.

According to Yared the organizers, however, chose to go to Mekelle and Wukro to get some understanding of the situation.

He shares his impressions as follows:

“ What we witnessed is intense psychological trauma, which in our opinion, has the potential to sow resentment for generations and years to come in Ethiopia. If the people of Tigray are left as they are now – if the current condition is allowed to continue and things are left to unravel in the same acrimonious manner that we have seen so far – do you know what might happen? Just like we stopped marking the Battle of Dogali and commemorating Ras Alula because Dogali is now part of Eritrea there might come a time when we will not celebrate the Battle of Adwa. As we all know, the victory at Dogali used to be celebrated during the communist regime, this stopped when Eritrea became independent. If we were not able to get to Adwa because of the current situation it indicates that the possibility of us as a country celebrating Adwa next year is up for question.”

Yared Shumete also details the severe destruction of property, and the psychological and economic damage that he witnessed.

“If we take a look at Wukro, we find massive destruction; looted homes, destroyed property, windows ridden with bullets, homes that have been looted and left empty. We saw a lot of destroyed and damaged military equipment and cars on the sides of the road. We tried to speak to the people. What we were able to learn from the people that we met with is that they have come to question their Ethiopian identity and that they are very traumatized. I cannot explain why and how but if we assume that the people of Tigray have peace and ignore what is going on, we will pay a heavy price for it as a country. And we fear a lasting grievance that may mean we will not be able to celebrate the Victory of Adwa.”

António Guterres and Michelle Bachelet’s message to Tigrayans: you, the victims, don’t matter

A glimpse into the much-hyped food aid distribution in Tigray