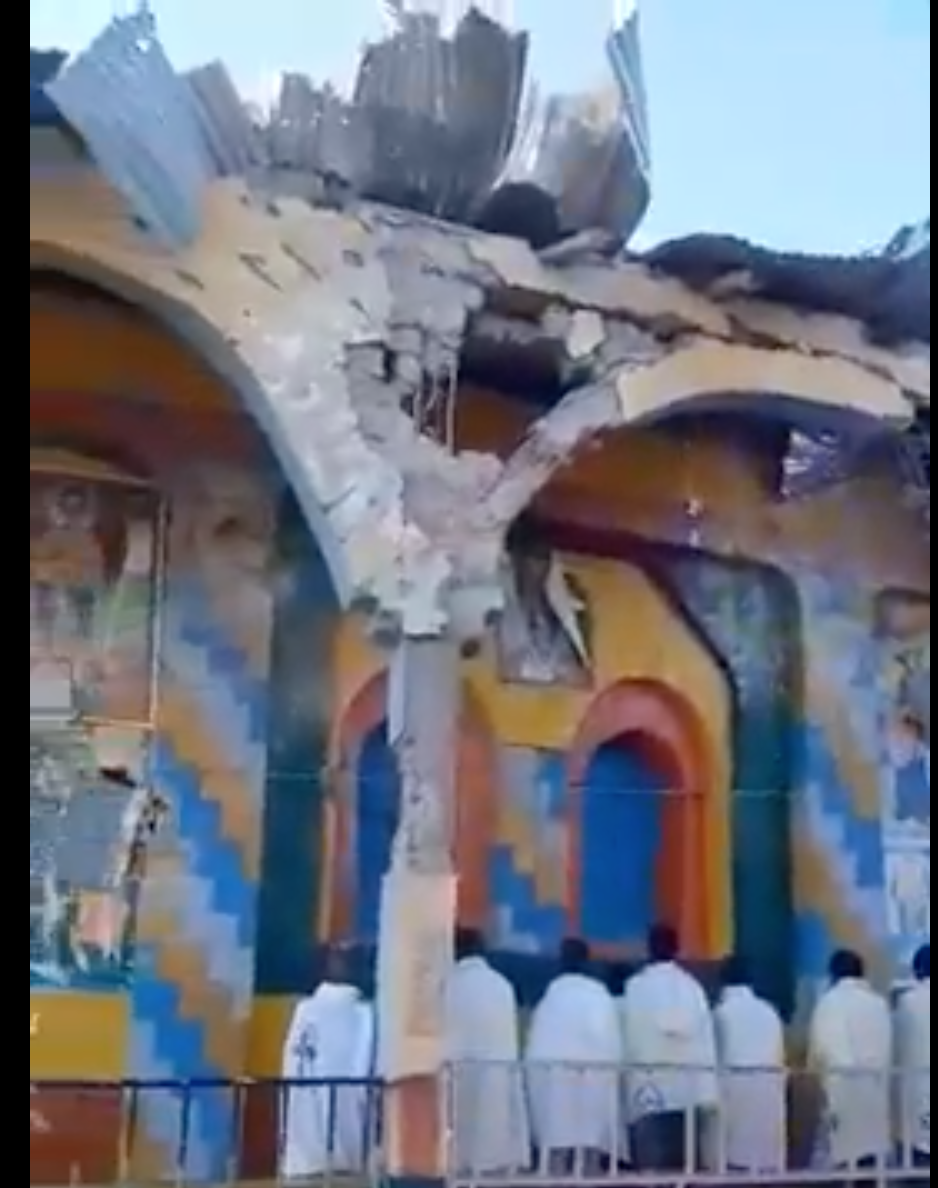 A screenshot from a footage of the destruction of Inda Mariam Medhanit of Adi Daero.

On Sunday, November 15, 2020, around between 12:00 and 13:00, Inda Mariam Medhanit (the Church of Saint Mary of the Merciful) of Adi Da’iro was hit by three artilleries fired from the side of Adi Nebri-id (Adi Nebrid on the map below). The church’s west side, the roof and the entrance have been destroyed. Eritrean and Ethiopian troops attacked the area on the date above, but eyewitnesses said that it was Eritrean troops that shelled the church.

The footage was recorded on Monday, November 30, 2020. Despite the fact that the church is destroyed, the faithful are seen praying and having service in it. November 30 is a special day, the big day of Saint Mary of Tsion, celebrated mainly in Aksum, but also across Tigray’s countless parishes that are named after Saint Mary. In the footage, the faithful are supplicating their God to have mercy on humanity. They are specifically saying “O Lord, Be merciful to us”.

According to our sources, 4 people died from the artilleries fired at the church. The church is said to be founded in the 15th century. The church can be googled by the plus codes address of 85CH+66 Adi Dairo, Ethiopia or seen below on Google maps.