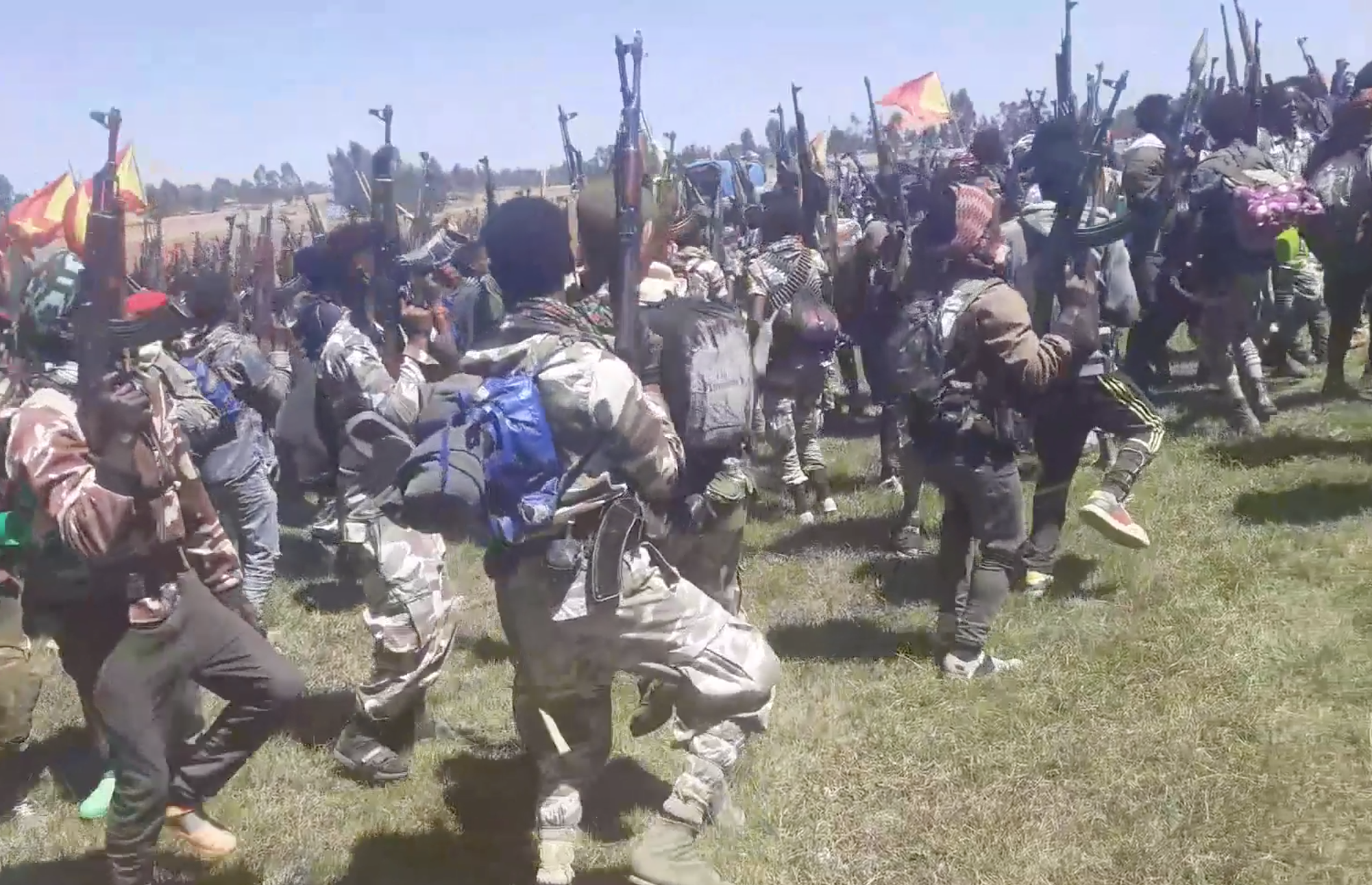 This report is based on reports of military battles and successes as reported by Dimtsi Weyane. The reports are for military battles between March 30, 2021 and April 12. According to the reports, Tigray Defence Forces (TDF) have conducted more than 15 insurgent operations and ambushes killing and wounding more than 12,535 enemy combatants. Of these, 5795 have been killed and the rest wounded. The reports also say TDF took many POW, and burned many enemy cars, weapons and ammunitions

News of military victories come only from TDF, not from the enemy combatants. The Ethiopian and Eritrean armies do not announce military victories or defeats because for the Ethiopian army it would go against the Ethiopian government narrative that the war is over and Eritrea has chosen silence over its military involvement in Tigray. TDF spokesperson accused Eritrea of misinforming the Eritrean public by presenting the Eritrean military leaders that have been killed in Tigray as having died of sickness. It is very common to hear news of death of military leaders on Eritrean TV, but strangely all of them are reported as dying of sickness.

Below is the rough summary of the military engagements as reported by Dimtsi Weyane. At the beginning in brackets are the numbers of (wounded and killed, killed, wounded).

(3000: 1720, 1215) On 9 April, 2021, 6 divisions and one commando Brigade of the Eritrean army were ambushed in Adi Belew, in Wereda Hawzien. Among those divisions are 39, 63, 17 and 53 infantry divisions, 42 Mechanized division and 525 commando. During this operation, more 3000 Eritrean troops were killed and wounded. 1720 were killed and 1215 were wounded. Captain Ibrahim Adem of the Eritrea army has also been killed. Two military trucks, two patrol cars and one bus have been burned down. Many weapons and ammunitions have also been confiscated.

(120: 50, 73)) On 11 April, 2021 in the Korem-Maichew highway, in a specific area called Higum Birda, two military trucks moving from Maichew to Korem were ambushed and attacked killing and wounding 120 enemy combatants . In the operation, 50 have been killed and 73 have been wounded. the cars are burned down.

(3516, 1538, 1938) from 1 April to 5 April in Zana (western Tigray) four divisions of the Ethiopian army moving from Enda Aba Guna, Selekhleka, Ida Maariam Freman to Zana were ambushed and decimated. The divisions are 12, 13, 24, 25 and they were supported shelling and bombing. A total of 1538 enemy combatants were killed, and 1978 wounded. The rest fled.

(1309, 547, 762) On 4 April in Hawzien. Enemey divisions coming from the directions of Idaga Hamus, Tembien and Nebelet were ambushed and attacked near Hawzien town killing 547 and wounding 762. One tank, military trucks and other cars were burned down. Large number of weapons and ammunition were also confiscated.

(92, ,) 3 April 2021, in Agula’e. More than 92 Ethiopian soldiers were killed when TDF forces attacked the military camp in Agulua’e at night killing 15. The camp soldiers then started fighting each other killing and wounding more than70.

(7, 7, 0) On 6 April 2021 between Wukro and Arato, a car with 7 enemy combatants was attacked killing all of them. Weapons and ammunitions were also destroyed.

(2500, 1000, 1450) Between 1 April and 3 April in Wejerat. Ethiopian and Eritrean troops came from Adi keyih and Adi Gudem and were passing through Bahre Tseba. TDF ambushed an attacked them killing 1000, wounding 1450 and taking any others as POW. Among them were divisions 21, 32, and 16. The wounded enemy combatants were taken to Weldia and other Amhara towns for treatment. They used excavators and forced local youth to load the dead to cars. After the defeat, the enemy started bombing and shelling the area and killing a priest and three others. Abune Aregawi Church of Bahre Tseba has also been damaged.

(600, 265, 342) On 3 April between Idaga Hamus (not to be confused with the Idaga Hamus near Adigrat) and Nebelet. An Eritrea army moving from Idaga Hamus to Nebelet area was ambushed and attacked killing and wounding 600 soldiers. 265 were killed and more than 342 were wounded. The rest fled to where they came from. Hundreds of weapons have been burned.

() On 1 April in an area called in Enda Meskel (between Wukro and Agula’e) A car with weapons was attacked and a military leader was killed.

(790, 315, 475) On 1 April in Enda Bruk (between Wukro Maray and Selekleka). Divisions 25 and 12 of the Ethiopian forces and some Eritrean troops were attacked by TDF insurgency units killing 315, and wounding 475. A colonel has also been killed. Several military cars have been burned down. Many weapons and a communication radio have been confiscated.

As part of the agreement above, says DW, the following have already happened in the past couple of days. Eritrean troops entered Adwa from Rama and indiscriminately shot at anyone in in the they saw killing 6 and wounding more 25 youth that have been taken to Adwa Dembesco Hospital and Aksum Saint Mary Hospital. Similarly, Ethiopian troops attacked civilians in village of Da’ereto, in Wejarat’s Tabia Seberbera. The people were on their way back home after delivering a pregnant woman on wooden carrier to Adi Gudem clinic because the clinic in their area has been destroyed by the invading forces. Ethiopian soldiers met then in a specific area called Mai Haida and accused them of carrying junta soldiers in the wooden carrier. They killed a total of 10 people including brothers Kelali Mehari and Haftom Mehari, Tesfay Bayru, Asfaw Abera, Weldegebriel Hailemariam and priest Zemichael Girmay. They also destroyed 15 houses by shelling and burning leaving the people with nothing to eat nowhere to stay. Similarly, in Endedo, Ofla, in the specific place of Higum Birda, Ethiopian and Eritrean troops killed 15 people. Among them are Hagazi Habeney, Adhana Kahsay, and Hagazi Gidey. The people have not been allowed to bury their loved ones yet.