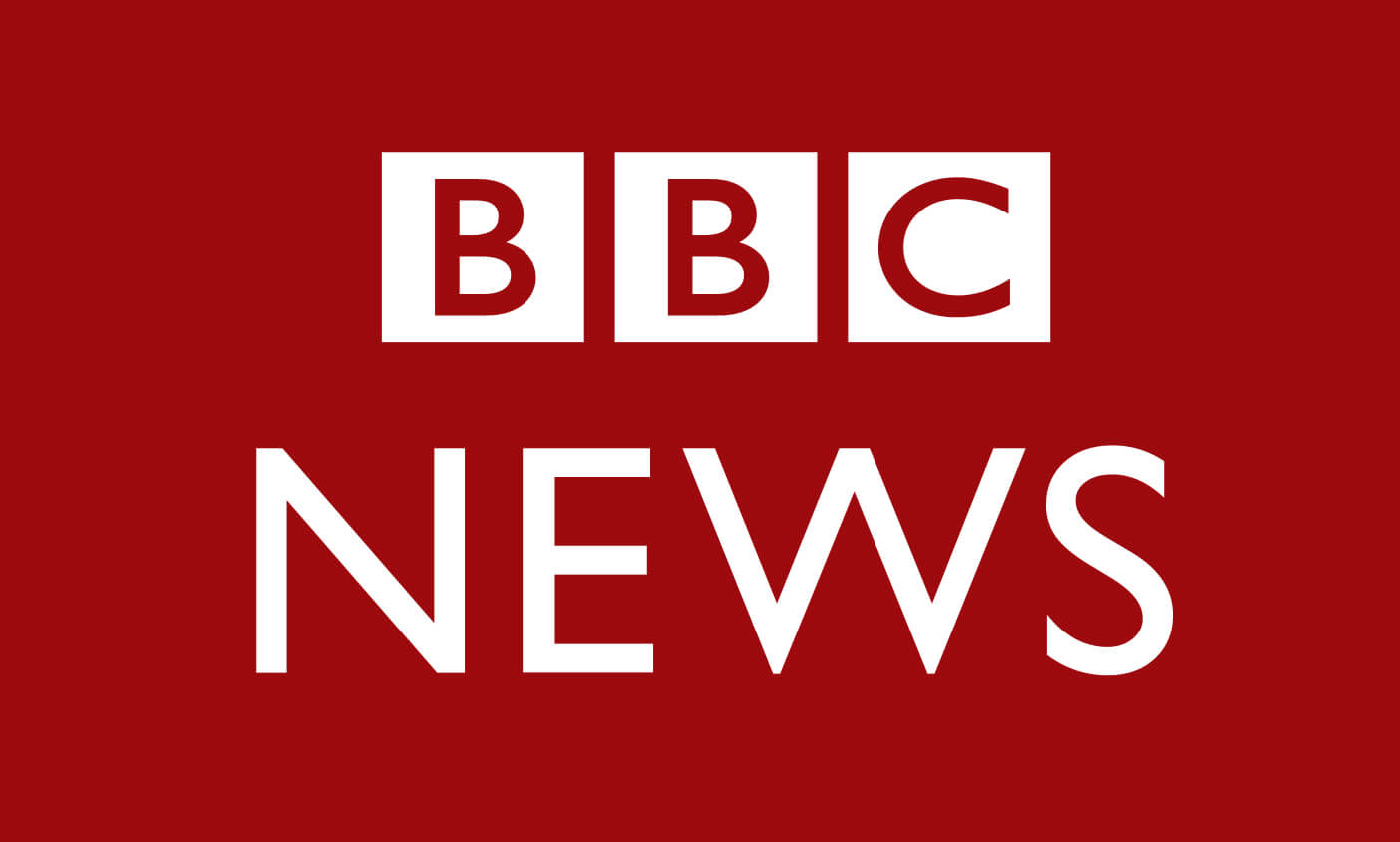 During the 1984/85 drought and famine in Ethiopia that affected predominantly the then Tigray and Wollo provinces, a BBC crew led by Michael Buerk set foot to one of the worst hit districts in Tigray. Michael Buerk described the catastrophe as a “Biblical Famine” and “the closest thing to hell on Earth.” Buerk’s news story on the BBC with images shot by the late Kenyan cameraman Mohammed Amin was the reason for the popular Irish singer-songwriter Bob Geldof to organize the charity supergroup ‘Band Aid’. “Do They Know It’s Christmas?” was released on 3 December 1984. Other charity singles followed; “We Are the World” was the most successful of these. The Live Aid concert raised £145 million in total that helped to save millions of lives.

Unfortunately, the BBC that was at the forefront in saving millions of lives in the 1980s has become an instrument, intentionally or unintentionally, to serve the genocidal cause of the tripartite evil forces of Ethiopia’s Prime Minister Abiy Ahmed, Eritrea’s Isaias Afewerki and the Amhara regional authorities in 2020/21. The BBC, the world’s oldest national broadcaster having the largest number of employees, has stood on the wrong side of history this time.

The BBC was one of the media outlets at the fore in grooming PM Abiy during his early months of premiership. BBC’s Horn of Africa language services had to produce extensive productions about “PM Abiy’s 100 days in power,”which seemed in many ways, in line with the very propaganda of the government.

This could have been forgiven had the BBC chosen to act responsibly in the later days; but, what we have been observing for almost eight months now completely contradicts media ethics, and also below our expectations. The following are s few grave shortcomings on BBC’s flawed reports in general and its factual and analytical misunderstanding of the causes and magnitude of the war as well as the resultant human suffering, among others.

The war, no doubt, is waged by Ethiopia’s unelected government and its local as well as regional allies against Tigray’s elected government and the people of Tigray. Despite that, the BBC, starting from the beginning, has narrated it as “a war against TPLF forces.” Such a narrative was started while Tigray’s elected government was still in the region’s capital, Mekelle, governing Tigray and fighting to repulse the aggressors. After Ethiopia’s government declared “victory” on November 28, following the retreat of the regional government from Mekelle, the BBC has continued portraying the war as against “TPLF rebels”. This narrative has been consistent in its all language services.

The BBC has also consistently reported that the war started on November 4 after the “TPLF’s attack on northern command”, while the truth is that the war had started long before. Europe External Program for Africa, Bjørknes College researchers and various media organizations have also exposed how the aggressors were planning and preparing to attack Tigray for over two years.

2. Denial and distortion of facts

The BBC has been reluctant to mention the presence of Amhara forces inside Tigray, let alone to cover the ongoing  ethnic cleansing that has been committed by these forces, while other  major international media outlets have been extensively reporting the atrocities. In the case of the Mai kadra massacre, for instance,  the BBC not even in a single report  mentioned the killings of Tigrayans. However, investigations by Reuters, the Financial Times confirmed that ethnic Tigrayans were the victims of the massacre perpetrated by the Amhara armed forces . Associated Press, Vice, and Agence France-Presse  also exposed that both Amhara militias and the Ethiopian National Defense Forces were involved in the massacre and that the majority of the victims were ethnic Tigrayans. Unfortunately, the BBC chose to stick to the misleading and non factual report by Ethiopian Human Rights Commission and Amnesty International’s preliminary report.

Moreover, while the majority of international media outlets, humanitarian and rights organizations, UN agencies have not only exposed the presence of Eritrea’s troops but also the unimaginable atrocities they have been committed in Tigray, which officials of Tigray’s interim administration have admitted; the BBC waited for admission by Ethiopia’s Federal government in order for the former to report the fact. Despite mounting evidence, the BBC has chosen to echo the government’s line of propaganda, yet bypassing and zeroing news stories and analysis and emphasizing the need for an immediate withdrawal of Eritrean troops.

3. Echoing the voice of the government and its partners in crime

Before the war, at the eve of the war and during the war, the BBC covered only the government side of the story, completely ignoring Tigray’s voices. It is shocking to see a 99 years old media failing to entertain different perspectives, and fall to the snare of the governments in Addis and Asmara.

4. Misleading the world by downplaying the atrocities

Ethiopia has been in constitutional and political crises, and now in a civil war. Also, in Tigray there is military aggression by foreign and domestic actors, and an induced human-made humanitarian crisis. Though the BBC has given a moderate coverage of the humanitarian aspect of the crisis, it has neglected its underlying causes. A 58 page report by the World Peace Foundation revealed that a state sponsored campaign of starving Tigray is being carried out by Ethiopia’s government and its allies. Even Tigray’s interim regional administration has repeatedly exposed this deliberate campaign of starving Tigray. As such, farmers in Tigray are being prevented from preparing their lands for the just-approaching main rainy season in a bid to systematically starve the entire population.

5. Giving less space to analysis on the genocidal war

It appears that the BBC seems to have deliberately blocking analysis regarding the genocide in Tigray. In nearly 8 months into the war, the BBC is yet to conduct debates and analysis on the war. Hence, it has blocked Tigray’s perspectives, be it in its main English Program or in its various language services.

BBC has three Ethiopian language services. Yet, it gives little coverage to what has been going on in Tigray. We have seen what other media outlets have done, for instance, what Channel 4 news did in just a week. The BBC, with one of oldest editorial policies and massive resources, has failed, and is failing Tigray, and especially, victims of the genocide.

Regrettably, to BBC, the gruesome experience of raped women and underage girls and the massacre of dozens of civilians seems less important than the story of young girls active in Tiktok. The article in Amharic, on April 8and many other productions, are just telling examples.

This left young Desta Gebremedhin, who was a BBC journalist in the Horn Africa Program(Tigrigna), based in Nairobi, with no option but to abandon his job and join the Tigray Defense Forces.

To sum up, British democracy is one of the oldest and the strongest democracies in the world. This has helped individual British MPs and ordinary citizens to be among the first and the fewest vocal voices in opposing the genocidal war on Tigray. Contrary to this, the BBC has been serving the interest of those who have been committing crimes against innocent and vulnerable civilians by negating the cardinal ethical principles of the media. It , definitely, is risking its reputation by willing to be a mouth-piece of Ethiopian and Eritrean governments who continue to commit genocide on the people of Tigray.

Tigray’s cause is, and has always been, just; a just struggle will ultimately win; but, history will not forget the BBC for siding with the criminals (if it continues to do so),

whether this grave bias is due to its management; government policy or other reasons related to the business interests the UK companies have in Ethiopia .

It is high time for the BBC to live up to the “core values” which it claims to uphold, – “trust, respect, quality, value, creativity, togetherness,” and the UK government as well as rights organizations to look into the matter very seriously.

Goitom Aregawi (Ztseat) is a medical doctor who was working in Mekelle University Hospital until recently. He is the chairman of Seb-Hidri Civil Society Tigray.

Statement from the Tigray Regional Government to the G7 Summit

Suffering in Silence: An Insider’s Revelation of Being a Tigrayan Civil Servant during the War on Tigray

A short Story of Kahsay from Humera, Western Tigray

Ethiopian Orthodox Church Expresses Its Support for the War on Tigray

The Bora Massacre in southern Tigray by the Ethiopian army