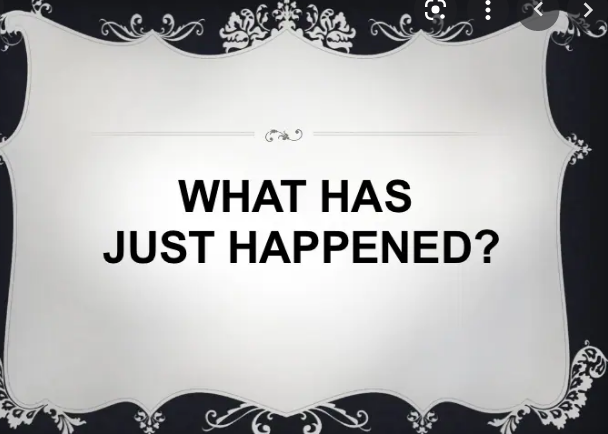 When Abiy Ahmed told the nation that he had pulled his troops out of Mekelle so that farmers of Mekelle would be able to plow unperturbed by the spectre of war, the nation should have mustered the courage to ask some or all of the following questions:

As it turns out, no one asked any one of these questions. Instead, the press corps gave the Prime Minister a bizarre standing ovation for a job well done.

One could argue that it did not occur to anybody to ask any of these questions. Believing that would take an extraordinary leap of faith.

It goes without saying that there is a huge reservoir of credulity in the country and that many people take everything Abiy says at face value. The sense of infallibility he has cultivated around himself could partly explain why his otherwise ridiculous claims fail to raise eyebrows.

But for all the credulity and lack of critical thinking that continues to afflict the nation, surely, there must have been a considerably large number of people to whom one or more of the above questions crossed their minds.

What prevented them from raising these questions?

There are two not necessarily mutually exclusive possible explanations. The first is fear of reprisal. The regime is absolutely clear about how to handle people who scrutinize its decisions or actions. Everyone who had given a different version of events regarding the War on Tigray has been jailed. The regime’s otherwise untenable narrative can only be sustained by muzzling alternative voices. There is no denying that a lot of people have succumbed to the regime’s scare tactics.

But this is not enough of an explanation. A lot of people who swear by courage and are safe from the regime’s merciless hands – for example, by virtue of being based abroad – have also given the regime’s false narrative a pass.

This takes us to the second explanation.

Which is that some people do not want to concede what has happened lest they are forced to concede its implications. What happened in Tigray, in the days leading up to the 28th of June, was that Abiy’s troops were absolutely destroyed by the Tigrayan Defense Forces (TDF). Every account of events, save the regime’s own, points to the inescapable conclusion that Abiy’s army was defeated.

Even granting such accounts were absent, it is easy to connect the dots and arrive at the same conclusion.

One need only refer to David Hume’s advice when faced with multiple rival explanations. When there are contending explanations about a specific phenomenon, David Hume advises us to ask: which is more likely?

So, which is more likely?

The latter explains nothing other than giving comfort to people who can’t stomach the reality.

Why are people scared to concede the reality?

There could be multiple reasons but two of them stand out. Supporters of the regime don’t want to admit that the Ethiopian Army was defeated because a) it would contradict the national religion that the TDF had been defeated and b) it would lend credence to claims in some circles of Tigrayan exceptionalism. As regards the first, people shouldn’t have been naive enough to believe the regime’s line, especially given that it lies routinely for a living. As for jingoistic claims of Tigrayan exceptionalism, people should realise that they are views of a fringe group of people. Insofar as claims of exceptionalism can be made, it’s because the people of Tigray have historically been subjected to exceptional circumstances that have called for exceptional bravery. At any rate, why worry that your own fellow citizens are perceived as exceptional? If anything, one should be proud about that, unless one sees them as foreigners, of course.

Talks of how we should resolve our problems and how we should move forward as a country is all well and good. But it can mean only so much if there is no willingness to agree on what has just happened. It is imperative that we first have a common understanding of the past for us to build a common future. And that starts with trusting our own eyes and ears more than the regime’s lies.